5 Ways to Stop Pretending and Be True 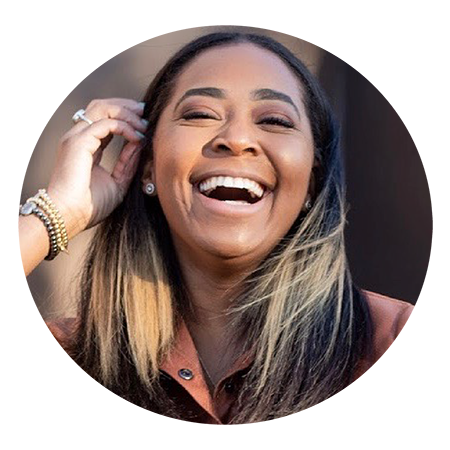 In a world that glorifies being “booked and busy,” it is often hard to distinguish if you are running “your” race as designed by God or the race society designed for you.

Recently, while in the shower (the place I often refer to as my sanctuary because that’s where God seems to drop jaw dropping nuggets—He’s such a genius!) I had a revelatory moment where I felt God nudging me to stop pretending.

PRETENDING... Like WHAT?!? What do you mean God? Not me. You have the wrong girl. Isn’t it funny how we play the tug of war game with God when he turns the examining light on us? Yep, I’ll admit I often think my tug game is stronger than God’s. But the truth is I wear myself out every single time—walking away defeated and humbly stumbling back for a handshake to acknowledge that He won, again.

Now, back to the moment in the shower.

After accepting that it was indeed a word for me I began to ask God to examine my heart and show me the ways that I was living in a manner that wasn’t truthful.

In a social media driven world that craves to be “liked” for doing “great works”, I had become enamored with others' approval of me. I hadn’t realized it but I “lost” myself while trying to hack the algorithm—in aims of being visible.

Proverbs 14:12 says, “There is a way that appears to be right, but in the end it leads to death.”

This scripture is clear in stating that things that are for our destruction or demise often have a false appearance of being “right.” Social media as a tool that appears “right,” can lead to our demise if we are not careful. In a digital world that magnifies alluring content and “overnight success,” we as believers may seek to build a platform that glorifies ourselves instead of the only one worthy of that glory. This then is where we exchange the truth of who we are for the lie that we must do more to be accepted.

While examining the life of Jesus I discovered 5 ways he shows us how to live authentically.

1. Jesus knew who called him

In John 5:30, Jesus says, “I can do nothing on my own will...because I seek not my own will but the will of him who sent me.” Jesus recognized that if he was going to do anything great in this world that he couldn’t do it in his own strength. Jesus understood that he was called and sent by God himself.

2. Jesus lived for an audience of One

In John 5:41, Jesus says “I do not receive glory from people.” While it is socially normal for people to praise each other for their “good” works, Jesus understood that he wasn’t living for the applause of others. He was secure in his approval coming from God Alone.

3. Jesus was okay with being hidden

In John 7:8, when his brothers were urging him to go to Jerusalem and put his gifts on display, Jesus replied: “You go up to the feast. I am not going up to this feast, for my time has not yet fully come.” He was wise enough to know that God would elevate him and make him “known” at the appropriate time. He didn’t care to build his own platform for the world to “see” him.

4. Jesus stayed connected to his Source

Luke 5:16 tells us Jesus “would withdraw to desolate places and pray.” This is mentioned several times throughout Scripture. He was God in human form yet he continued to unplug from the world and go to his Father for direction.

5. Jesus was clear of his life’s mission

In Luke 4:18, Jesus says, “The Spirit of the Lord is upon me, because he has anointed me to proclaim good news to the poor. He has sent me to proclaim liberty to the captives and recovering of sight to the blind, to set at liberty those who are oppressed, to proclaim the year of the Lord’s favor.” Once God showed him his mission, Jesus lived each day intentionally in pursuit of fulfilling what God called him to do. He kept an eternal perspective.

His perfect display of doing less and BEing more is our guide to living counter culturally against a world that boasts in “doing more” or “showing off more”.

Examining the life of Jesus led me to re-examine the way I show up on social media. Now, before posting anything I ask myself 3 questions,

• What message am I trying to send?
• Will this lead them to Jesus or me?
• Is this post authentic to who I am?

Asking these questions allows me to refocus my attention on the One who matters most: to stop pretending and be true to who He is and who I am in Him.

Salange Shepard is the founder and creative director of Brave Her: a community that empowers and equips women to fulfill their God given mission. Her passion for seeing women live authentically and free from bondage has inspired her to host monthly empowerment sessions, women retreats, and lead in home Bible studies. She can be found on Instagram at @brave_her23.