A Call For Prophetic Leaders

If someone were to ask you, “What is the gift of prophecy?” what would you say?

For years, I equated this gift with predicting the future. I thought people with the gift of prophecy could foresee events, or even speak new, inspired truths. I pictured men like Daniel, Ezekiel, and Elijah, leaders at the center of dramatic stories, who served as mouthpieces for God.

In many ways, those men are perfect examples of prophecy, but not because they called fire down from heaven, or slept in lions’ dens. What makes them significant is the broader role they played among the people of God.

Prophets in the Old Testament were disrupters:

- They challenged the status quo.
- They pruned away the false teachings which had grown up around the truths of God.
- They spotlighted hypocrisy, and exposed the ways in which Israel had become too much like the world, condemning sins like idolatry (Hosea), greed (Jeremiah), and neglect of the poor (Isaiah and Amos).

Because of their disruptive role, the prophets were not always well liked. In 1 Kings 19, king Ahab “killed all the prophets with the sword” (v. 1). Others, like Samuel, were honored and esteemed, but not because they spoke easy truths and affirming messages. When push came to shove, prophets had to choose between being likeable, and being faithful. 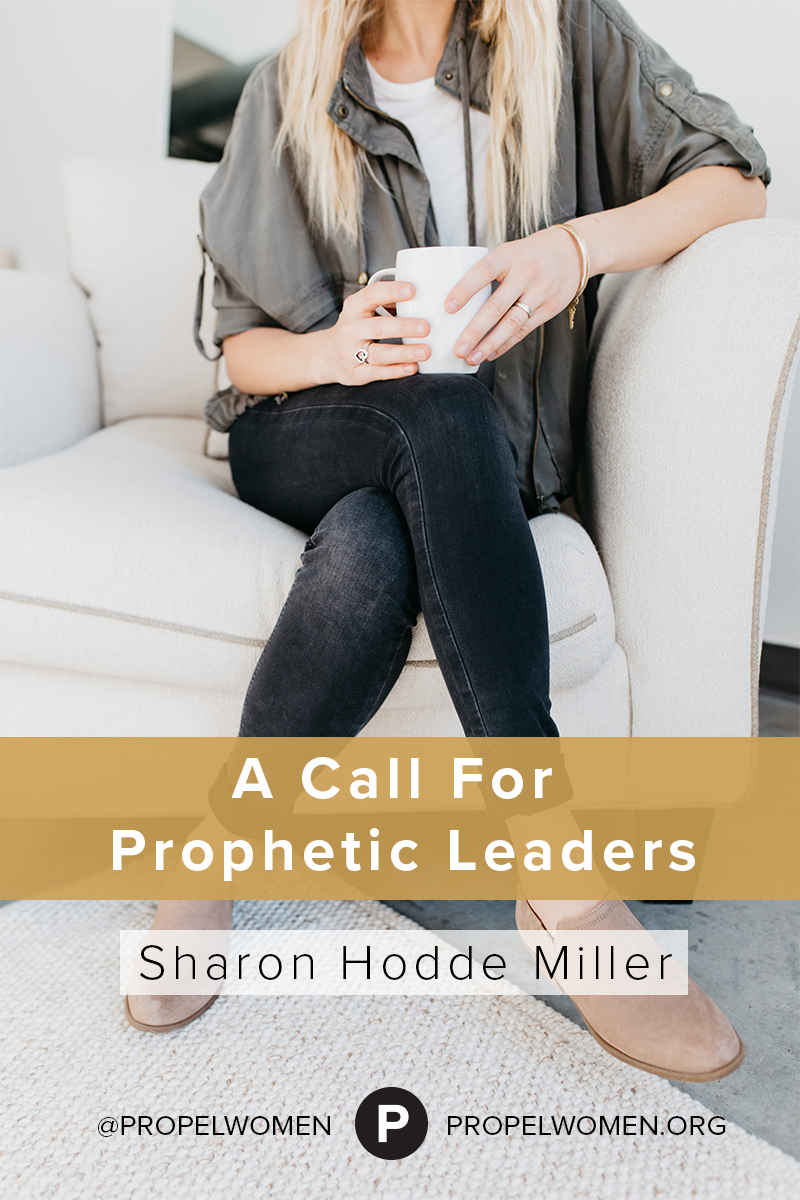 That is the lens through which we can understand the modern day gift of prophecy. Exercising this gift means overturning the status quo and speaking hard truths to the people of God. It is perhaps one of the most important roles there is, because it guards the distinctiveness of our witness. However, there are two ways we miss the mark in practicing it.

First, there are the leaders who delight to be harsh. They don’t mind hurting people in the name of truth, confusing prophecy with unkindness. When they are criticized for their meanness, they receive it as confirmation of their “prophetic role.” Fortunately, these false prophets are easy to spot; we know them by their fruit. Or more accurately, the absence of it. They do not exhibit much, if any, of the fruit of the Spirit.

The second way we miss the mark of prophecy is by avoiding it entirely. The church is full of positive, upbeat, affirming teachers—which we do need!—but few are the women speaking uncomfortable truths. I will be the first to admit I feel this pressure myself. When I look around at what’s popular--which graphics get shared, or which posts go viral--it’s not typically the prophetic ones. It’s the encouraging ones that tell us we’re good and ok.

When I look at the world around us, I am convinced we need prophetic voices now as much as ever, because the Christian identity has come to mean something sentimental and comfortable, rather than radical and sacrificial. Too often, our messages sound like Christian versions of secular self-help, which might make us feel good but will not motivate us toward true acts of courage. Affirmation is great, but it does not rebuke our idols.

That’s why we need prophetic voices, unbound by the worship of likeability, and committed to the integrity of the church. We need leaders who search themselves, and their people, and name the problems within, rather than focus on the problems of others. That does not mean we should be judgmental or harsh, but it does mean we cannot serve God and people-please. If we, as the people of God, want to be known as the people of God, then we need the correction of prophetic voices.

Sisters, wherever you are, it’s time to step up.

Sharon Hodde Miller is a writer, speaker, pastor's wife, and mom of two boys. In addition to recently completing her Ph.D, her first book releases with Baker Books in 2017, and she blogs at SheWorships.com. You can connect with Sharon on Twitter.