I’ve been a pretty high-energy, ambitious, project person since I was a little girl. I’d search for project after project to throw myself into. My idea of a great time was to start with an idea, create something with my hands, and follow it through to the end.

I made lemonade stands in my driveway and elaborate Barbie mansions out of my Mom’s old perfume boxes. I put on plays with my cousins (complete with refreshments and playbills).

Throughout my childhood and young adulthood, I was full speed ahead all the time, working and worrying, trying, creating, and adventuring. My grandmother used to tell me, “Emily, just be still” (referring to Psalm 46:10 and also literally telling me to slow down, probably for fear that I’d knock something over).

Her real message didn’t sink in until I was older, when I learned I have a tendency to make myself busy, run on adrenaline, and miss the in-between moments of quiet. After my crash-and-burn doctor’s revelation, I began to give myself permission to give into the mess.

When life became overwhelming, I threw my hands in the air (literally, at times) and let the good stuff win. When work and motherhood became too much, I took time off or put the laptop away to stomp in mud puddles outside with my children. When laundry mounted and housework screamed my name, I left the madness behind and went to the park for a picnic instead.

Sometimes, the way to step off the hamster wheel is to literally step away from the stressor. I began to learn that in those messy moments I felt like my realest self. I wasn’t hustling to make something happen. Instead I was just being still and drinking in the moments – choosing the good life. 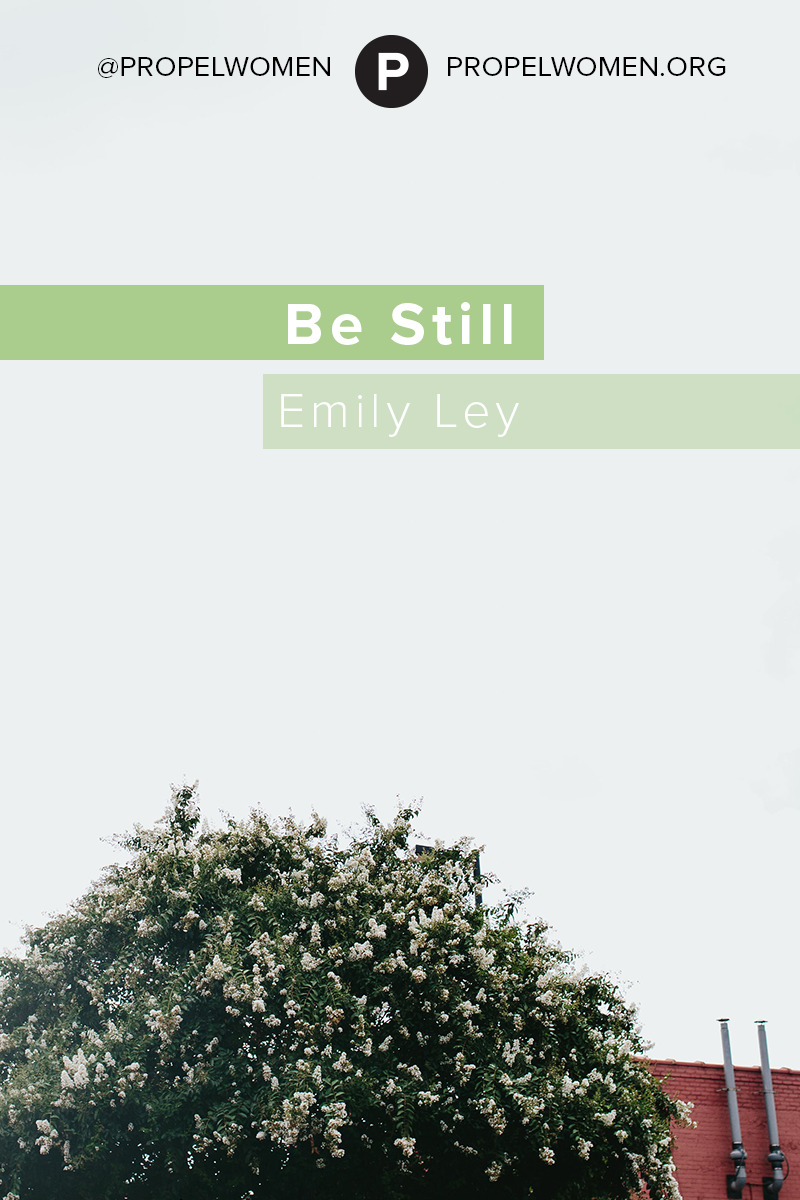 A few days ago, I sat in a chair at our big wooden kitchen table. Beneath me was a sea of dropped Cheerios. Our twins Tyler and Caroline giggled and squirmed in their high chairs, pawing at a few Cheerios on their trays. I studied Tyler while he laid his chubby hand on a Cheerio, closed four of his fingers and stuck his thumb in his mouth. He wiggled his four fingers until the Cheerio worked itself into his mouth beside his thumb. Nice technique. I giggled. We call him Pooh Bear sometimes because he’s just so squishy and easy and sweet as honey. He smiled at his accomplishment and reached for another one.

I looked slowly around the room at the mess in my kitchen and stopped at Caroline. Though she and Tyler are the same age, they are very different. We like to say she’s spicy. She has personality for days and the most beautiful puckered lips you ever did see. Instead of calmly eating Cheerios, she banged on her tray to make them bounce. On my other side, Brady concentrated intensely, coloring a peacock four shades of green. I watched the way his little fingers gripped the crayon and his eyes moved back and forth from the page to his crayon box, carefully considering his next color choice.

I made margin in my day that day by choosing not to immediately clean the kitchen. Instead, I savored a few, rare, quiet moments with my little ones and let the mess wait. That’s a hard choice for someone like me. I am constantly picking up, confident that a clean house equals a happy home. But so often, that’s not the case. I’m slowly learning that my happiest, most special moments happen when the circus is at its peak.

Emily Ley is Founder and Creative Director of Emily Ley Paper & Gifts. She is also the creator of the bestselling Simplified Planner® - a daily agenda for what matters most – and author of Grace, Not Perfection: Embracing Simplicity, Celebrating Joy, out now. Emily lives with her husband and three children in Tampa, Florida. Follow her on Facebook, Twitter, Instagram.