When I mentor women, I often ask, “If you could go back in time and speak to the younger version of yourself, what would you tell her?”

It’s a question I regularly consider myself. My list changes from year to year as I mature in my relationship with Jesus. However, the one piece of advice I tend to circle back to is this: You will be tempted to pick at, criticize, and tear apart every good thing about you - from your gifts, to your looks, to your ideas, to your passions. Don’t give even a corner of your mind to such thoughts. You are only adding to the madness of a misguided culture if you do. Instead, look at yourself and say, “I am in the process of being made into the likeness of Christ—and His work is always very good. He has named me His beloved.”

These days, self-criticism seems to be especially pervasive among women. I’m not saying that men don’t battle insecurity—they certainly do. But unfortunately, inadequacy has become acceptable, even expected among women. Think about it -h ow many times do you compliment a friend, “You are so good at that! I see this wonderful thing in you,” and her response is, “Oh no, I‘m not.” Or she brushes it aside, “Oh, stop. It’s not that big of deal.”

What if, instead, we simply said, “Thank you for naming that in me. Praise God.”

The reality is that words and names do things, and actions say things. I am convinced that we are constantly on the lookout for our true names—our Image of God Names—but so often we let culture, shame, or self-criticism name us instead. When that happens, we allow our false names to dictate our actions, our paths, and even our leadership. 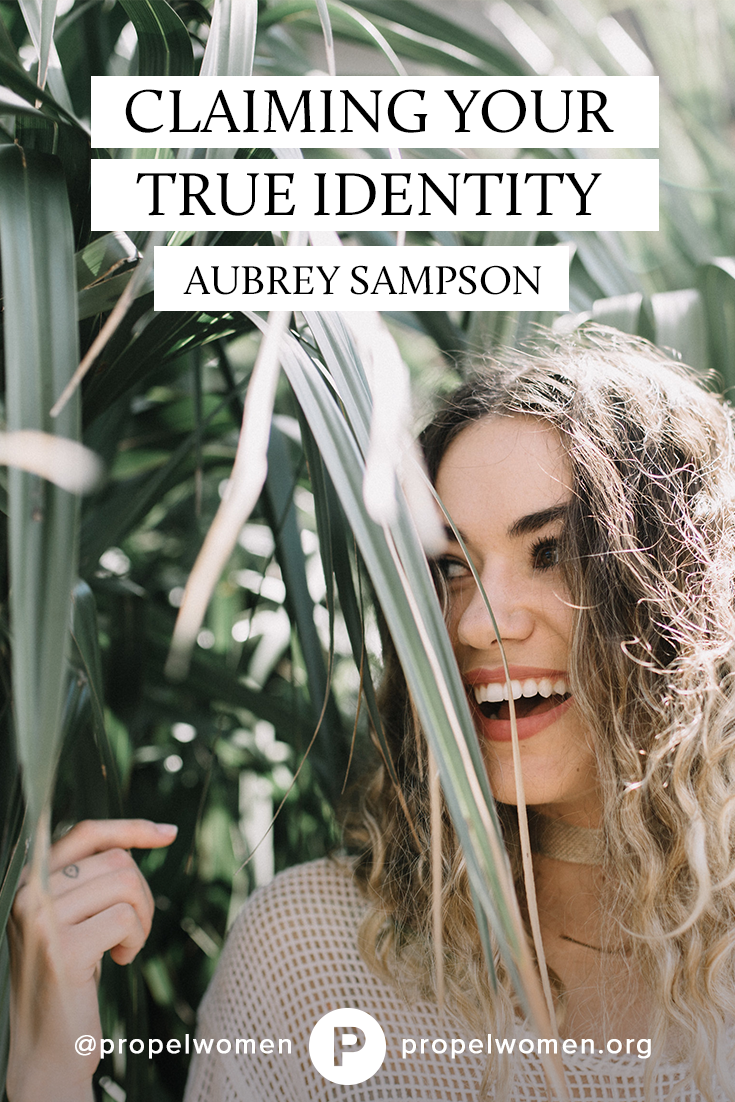 Rick Richardson, author of Experiencing Healing Prayer (and a favorite professor of the Wheaton College Propel Cohort) writes this, “Hell is the state in which the unreal self becomes the endless self and the false name takes over our whole identity….Jesus didn’t rise again just to forgive us when we fail. He died and rose again that we might be transformed, that we might receive and believe the new name and fulfilled identity he calls us into.”

Women in Jesus—you have been created in the image of the Almighty God (Genesis 2). You have God’s name, God’s eyes, and God’s heart written on you (1 Kings 9). You have the resurrection power of the Spirit of Truth inside of you (1 John 14). You have absolutely no condemnation through Jesus Christ (Romans 8).

Still, so often we live like our names are Less Than, Condemned, or Abandoned.

One of my favorite moments in scripture is from the biblical book of Hosea. If you’re familiar with the story, you know that God instructed the prophet Hosea to marry and show unchanging love to an adulterous woman named Gomer. When Hosea and Gomer had children, they were initially given very unfortunate names. Their first child was a boy named Jezreel, named after the site of a horrific massacre. Their second was Lo Ruhamah, meaning “not loved.” Their third was named Lo Ammi, “not my people.”

But God, who renews all things, eventually gave Gomer and Hosea’s children new namesakes. Their sons, once known for punishment and abandonment, were renamed, “My People.”

To their daughter, known as unloved, God gave the new name, “My Loved One.” Born into shame, loneliness, and misery, these children were renamed by God as Deeply Known, Loved, and Mine.

And so it is with you.

May your true name in Jesus become so internalized in your soul, that nothing stops you from living wholeheartedly in Him and for Him. May you begin to call out the true names of others, and by doing so, lead them home to Jesus. And may your first reaction to a compliment be, “Thank you for naming that in me. Praise God.”

Aubrey Sampson is the author of Overcomer: Breaking Down the Walls of Shame and Rebuilding Your Soul (Zondervan) and an upcoming book on lament and hope with NavPress. She and her husband Kevin, and their three young sons, planted Renewal Church in the Chicagoland area, where Aubrey serves on the preaching team. Aubrey is part of the Propel Cohort at Wheaton College and travels around the country speaking and preaching at a variety of churches. Find and follow Aubrey @aubsamp, https://www.facebook.com/aubsamp/, and www.aubreysampson.com