Doing Your Creative Best With You

The 2016 Rio Olympics recently came to a close and while most of the world was glued to their tv for this rare event, I was watching So You Think You Can Dance and MasterChef. However, there was one story out of Rio that caught my attention and it was the battle brewing between swimmers Michael Phelps and Chad le Clos. One look at the world-famous picture of le Clos glancing at Phelps in the 200m butterfly final and I was intrigued.

Many commented that le Clos lost because he became distracted and took his site off the finish line. I couldn’t help but wonder how two guys, once very friendly, now seemed at such odds? And was it because le Clos was more focused on Phelps race that he lost?

This isn’t an article about Olympic events and I’m not a sports commentator (I would be so out of my league!), and who knows if Chad would have come in fourth place if he hadn’t looked at Michael, but I do know a little bit about running in your own lane.

Andy Stanley said, “Speak from your weakness and you'll never run out of material.” Well, my struggle with comparison over the years has provided me with insight and this story out of the Olympics sparked some thought regarding this struggle.

For a long time throughout my adolescence and early adult years, I felt overlooked and unappreciated. When I entered ministry this manifested into comparison and I would often look across the room to observe other people’s lanes.

“I wish I could minister to people with ease like her.”
“How come she was recognized and not me; I worked just as hard.”
“I didn’t grow up in a Christian home so I’m at a disadvantage.” 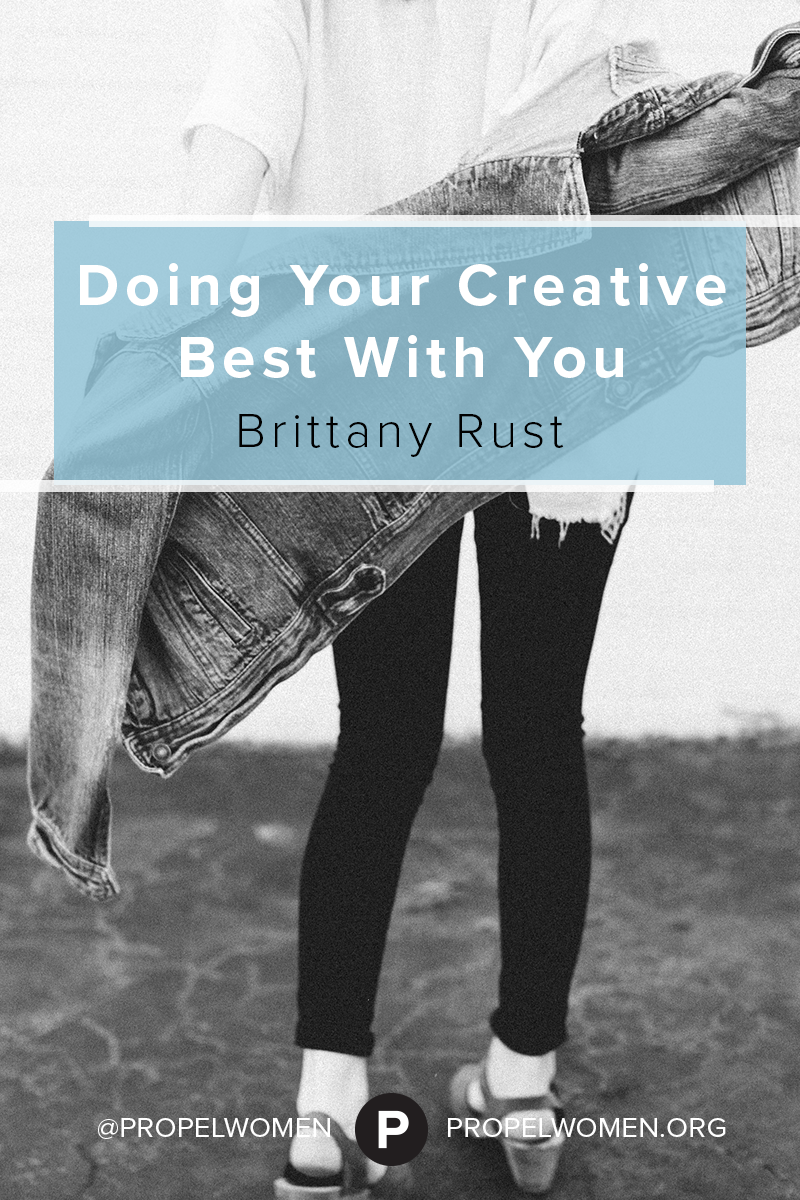 The thoughts were not lovely and it’s not easy to share, but if I know a thing or two about our gender it’s that we’ve all struggled with comparison at some point.

Theodore Roosevelt hit it on the head when he said comparison is the thief of joy. We can be so grateful until we see another succeeding, then it’s as if the moment flees and all we’re left with is discontent.

Galatians 6:4-5 (MSG) transformed how I saw comparison. “Make a careful exploration of who you are and the work you have been given, and then sink yourself into that. Don’t be impressed with yourself. Don’t compare yourself with others. Each of you must take responsibility for doing the creative best you can with your own life.”

Today may be the day you need to take an inventory of who God created you to be and what He has called you to. Make an exploration of your gifts, talents, experiences, and opportunities and then embrace those. Not your co-workers, friends, or sisters, but what is uniquely you.

Paul encourages us not to be impressed with ourselves. Sometimes in an attempt to combat jealousy and envy we puff ourselves up. At least, I’ve tried to compensate the gap between where I saw myself and where I saw another by listing what I could do well. Yet, this is a temporary and unhealthy solution to overcoming comparison. It’s pride--thinking of yourself instead of Jesus.

To combat comparison--to have victory in it--you must embrace Jesus. Grab a hold of the freedom he won for us all at the cross and resurrection. This means:

1. Taking your thoughts captive to obey Christ (2 Cor. 10:5) - When an unwanted thought pops into your head, immediately pray that God would help you work through the issues of the mind AND heart.

2. Giving thanks that’s due to Him (Psalm 7:17) - Remember to give thanks to Him for all He has done. Instead of puffing yourself up with your own accomplishments, put the focus on the good that He has done in and through you.

3. Celebrating the other person’s success (Romans 12:15) - A great way to combat comparison is to rejoice with those who rejoice! Celebrate their wins and encourage them in their dreams. We are all sisters in one big family, supporting the same cause, and if we don’t have each other’s backs, what other person will? Their win isn’t a loss for you; God’s purpose is big enough for all of us and their win is our win in the kingdom!

Don’t let comparison steal your joy and hinder your purpose. It’s time to take responsibility for your lane; for your gifts, talents, experiences, and opportunities. Not someone else’s--you’re not meant to be a copycat. You are created to be you and to do it well...to flourish...to radiate the hope of Christ!

Brittany Rust has the privilege of serving on staff at Red Rocks Church in Denver, Co. She is a writer and speaker who aims to supply encouraging resources for the world-wearied believer on her website. Brittany and her husband Ryan make their home in the Rocky Mountains pursuing life, marriage, and ministry. You can also connect with Brittany via Facebook, Twitter, and Instagram.