A few years ago I watched a talk show featuring a girl who was a millionaire by the time she was 22 years old. When asked how she accomplished such an audacious milestone at such a young age, she explained that she simply fell in love with the art of investing. She had made a decision when she was nine years old that she would save and invest every dollar she received. She never went shopping, never spent money at the movies with her friends and never bought Blow Pops or Snickers on a whim. Instead, she invested.

She was a young person who forfeited normal and expected, for bold and different. She was willing to attempt something she had never seen before to accomplish something that had never been done before.

Oftentimes in life, we carry visions, interests, thoughts and passions in our hearts, but the challenge of creating what we have never seen is overwhelming and threatens our dreams to fall dormant within us.

Don’t let the dream you see in your heart die within you because you have never seen it cultivated around you.

Imagine if each and every one of us chose to operate like the 22-year-old millionaire. Imagine what we could create if we rose up to the vision in our hearts, irrespective of the uncreated method before us, or the nonexistent roadmap laid out for us.

I challenge every passion and vision that has fallen to the wayside because it is too new or seemingly unreachable. I call out that deep boldness within you, and remind you that if God put it in you, there is purpose and eternal value to be birthed out of you. Do not let the temporal that fills our world suppress the eternal you see in your heart. 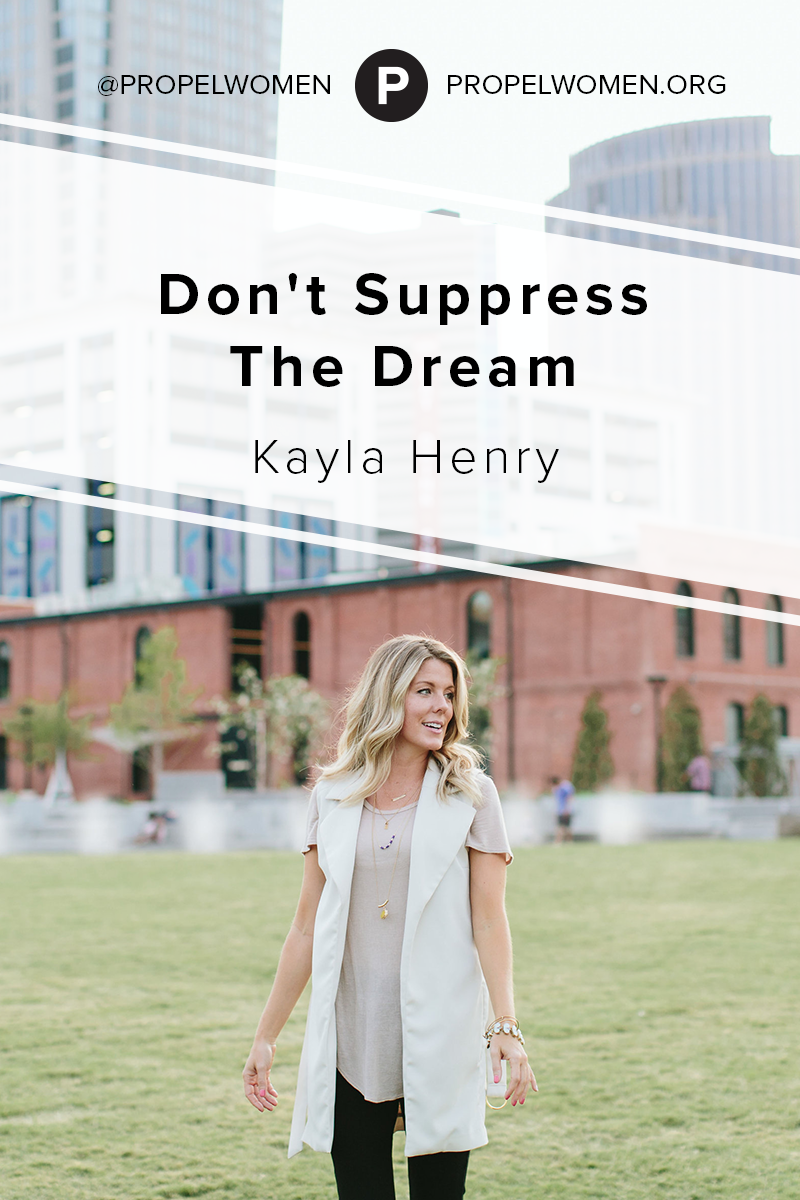 When we look to truth, we are awakened to the reality that there is no reason to fear the vision we carry because stepping out into the new and unknown is exactly how we were created to operate.

“You are worthy, our Lord and God, to receive glory and honor and power, for you created all things, and by your will they were created and have their being.” – Revelation 4:11

The bible says that our God is not a replicator, but a creator. He operates in the realm of creating something out of nothing. He makes all things new. If we are living and walking and breathing and purposed from and for His image, then we should expect that He desires to create something new through us. We are His creation. We were created by Him and in Him and He plans to partner with us to create new things for Him.

When we choose, we must then be prepared to fight.

In 2012, I made the decision to quit my job, leave my home and move to Australia to intern at A21, the anti-human trafficking organization where I am now employed. At that time, human trafficking was not all over mainstream media. I had never heard of the issue before, and nobody was applauding me for my choice to drop everything and go work for free.

The second I made the decision in my heart, doubt, fear and unjustified logic tried to challenge my choice. My mind was tempted to believe the lie that because I had never been through anything of that nature, I could not help anybody else. I was daunted by the harmless questions from others of what my long term plans were and how this decision would be incorporated into my life plans.

In the season leading up to the boldest decision I had made to date, I had to fight for what God had placed in my heart. I had to fight to keep it alive within me when doubt was trying to steal it from me.

Our calling is worth fighting for. The thing God desires to create through us is worth the fight.

When we choose to stir up the vision buried deep within us and call it out to tangibly impact the world around us, we open ourselves up for the abundance that God always had planned for us. If your prayer has been to be an agent of change in your world and amongst the people you love, the answer to your prayers might lie within that overwhelming vision you carry in your heart. The answer to your prayers is on the other side of your decision to step into what God has placed within you.

It takes courage, faith, fight and a brave heart to create something new, but when we choose to leap, we can bring eternal impact to the world around us in a way that we have never seen before.

Kayla is a Texas native, newlywed living in California. She started working at A21 in their Sydney office four years ago. She loves anything outdoors and is determined about the fight against human trafficking. Connect with her on her blog.