Empathy in the workplace

It was the first warm day of spring, so I laced up my running shoes, grabbed my phone and earphones, and ran out the door. Not sure if I was wrapped up in a world of chirping birds and the smell of Springs blossoms, but all I know is I wasn’t paying attention to the road I was running on and fell in a pothole. I managed to break my fall (not gracefully, I’m sure), but my phone went flying in the air, as if in slow motion, and landed face down on a rock. “Please, Lord. Please, Lord,” was the only thing I could get out of my mouth as I walked over to pick up the phone and survey the damage. All you iPhone owners know the rest of this story: Yep . . . shattered screen. I couldn’t even touch the screen without shards of glass cutting my finger. A new phone was inevitable.

Two weeks later, I was leading a missions team to New York City. We fed the homeless and worked all day in a warehouse store that gives away food, clothes, and other household items to people in need in the community. One afternoon I had put my new phone in my back pocket. When I went to use the restroom, I forgot where my phone was. Phone. Toilet. End of story. Another phone bites the dust.

A few weeks after my trip to New York (you can’t make this stuff up), I was enjoying a beautiful day on the lake doing what I love to do: wake-surfing. I was laughing, basking in the glorious sun, and listening to music on a boat with my friends. I was capturing all the moments by snapping pictures and taking videos on my phone. 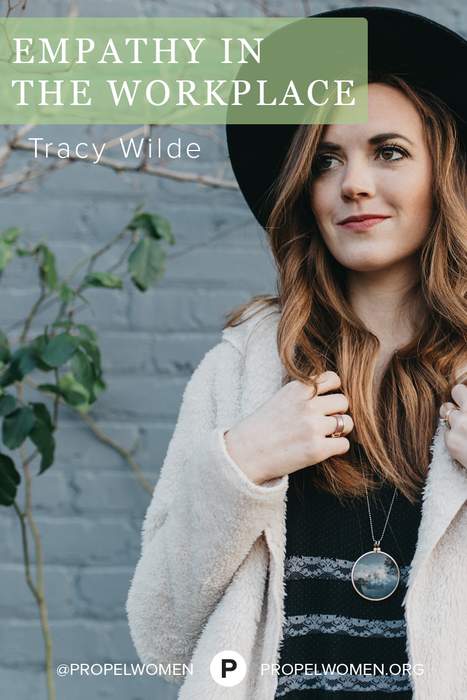 As I was filming the wonderful time my friends and I were having, the rope being used to pull the surfer to the boat suddenly hit my hand that was holding my phone. And plop. Water. Phone. Bye. There went my phone to the bottom of the Cascade Lake.

All three phones were goners. Each time I sheepishly walked in the Apple Store to explain my embarrassing reasons for needing a new phone (the New York City toilet was the worst), the Apple employees always made me feel understood, seemed genuinely sorry for the inconvenience, and were willing to help.

When Steve Jobs and Steve Wozniak started Apple in 1976 in Jobs’s parents’ garage, no one would have believed it would become one of the world’s leading companies in technology. In the early 1980s, Mike Markkula, one of the first investors in Apple and a close acquaintance of Jobs, wrote a memo, “The Apple Marketing Philosophy,” that is now considered the DNA of the company. The first point in the memo was empathy. Markkula stressed the importance of understanding the needs and feelings of customers. “We will truly understand their needs better than any other company,” he wrote.

This emphasis on empathy has continued over the many decades of Apple’s success. And today the Genius Bar employees (like the ones who helped me three separate times with my phones) are taken through training. The Genius Training Student Workbook teaches each employee how to understand each customer’s needs and how to meet each persons needs.

The manual reiterates the word empathy over and over and encourages employees to implement the “three F’s” (“feel, felt, and found”) when identifying with a customer’s need.

“I would have felt the same way.”

“I think I have found a solution.”

What Apple is genius at (no pun intended) is recognizing and understanding how the customer feels right away. You are far more likely to keep swiping that credit card at a store that makes you feel understood.

Apple isn’t the only company making empathy a part of its business philosophy. Many companies are recognizing the need for empathy, and are implementing empathy training for their employees. CEOs and executives are learning the great need for listening to understand. Ford Motor Company is one these companies.  This is only fitting since founder Henry Ford once famously said, “If there is any one secret of success, it lies in the ability to get the other person’s point of view and see things from that person’s angle as well as from your own.”

Ford started having its male engineers wear an “empathy belly” with a simulator that mimics pregnancy symptoms such as bladder pressure, extra weight, and even back pain. They do all this with the hope that they can better understand the needs of this specific customer and how that can be reflected in the engineering of Ford automobiles. One of the changes that is believed to be influenced by empathy training has been easier automatic adjustments of the driver’s seat.

If some of the worlds leading corporations recognize the need for empathy, we should as well! Imagine if we practiced empathy in our workplace. What if we took ourselves through empathy training? Whether we’re the employer or employee – we could just as easily implement Apple’s Three F’s or Ford’s Empathy Belly.

Next time your boss, a co-worker, or an employee comes to you with a problem -- practice empathy. Before you write the person off as lazy, too harsh, a complainer, or arbitrary, do this one thing first: listen (remember: feel, felt, found). Listen to understand, not to respond. When we listen to understand someone else’s perspective, we activate empathy. And when we show empathy, we open the door for miracles in the workplace.

Tracy Wilde is a fifth generation pastor and preacher. Her great-great grandmother Taylor was a circuit preacher. Tracy’s fresh and honest message helps break down walls of insecurity and encourages people to find hope and purpose in Jesus alone. She has a bachelor’s degree in political science and a master’s of divinity degree in practical theology. Fresh out of college Tracy was offered a job in the Governor’s office of her home state and later moved to Capitol Hill in Washington DC, where she helped lead Bible study groups for congressional leaders, their families, and staff members. After finishing seminary, Tracy moved to Los Angeles, CA, where she helped pioneer and pastor for a Bible-study-turned-church for young Hollywood. Tracy loves wake surfing, paddle boarding, and basically anything else that has to do with warm weather and water.