I am a writer. This much I know.

I’ve been told since as early as I can remember that I have wisdom beyond my years. I never knew that wisdom, like most things, must be activated. I spent all this time writing about staying, leaving, and letting go. I wish I knew back then that just because you have an epiphany doesn’t mean you’ve learned the lesson. Just because you have a great thought doesn’t mean you’ve gone out and lived it.

I want to be the kind of person who walks out what she talks about, not the other way around. Especially today, it’s incredibly easy to be unintentionally deceptive with the world.

Last summer I posted all these photos on Instagram of my garden and I. It gave off the illusion that I was watering, weeding, and planting new things all the time. In reality, the garden was suffering from the Georgia heat and dying by the day. I like the idea of glamorizing the garden rather than taking care of it.

I wrote for a long time about hearing God speak without ever hearing Him speak. I had brief moments of God whispers. I had feelings stirring in my gut that I was making a right decision. But I wrote so much about His voice as if I was hearing it constantly, as if God and I were in a perpetual stream of dialogue. In actuality, I was talking about the voice of God in the morning but listening to lies for the rest of the day. 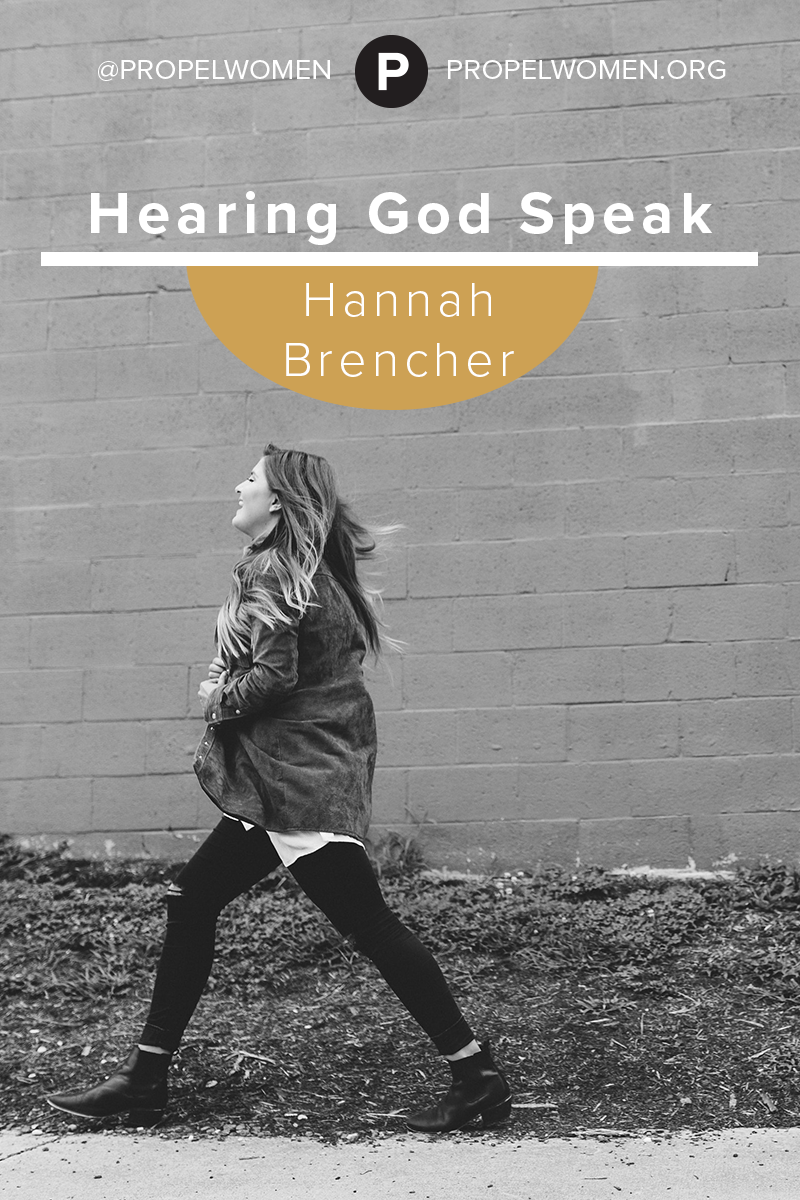 I stood in a sanctuary last night listening to a band that reminds me of warm rooms soaked in twinkle lights and the moment you step out into the California heat. When it hits you, the thick air wraps you in tight, holds you closer, and does not spit you out until the sun rests behind the buildings at the end of the day.

The woman with the guitar on the stage was speaking about God’s voice. She mentioned how in John it says that the sheep know His Voice. They listen. They follow.

I think the biggest problem we face today is that there is no quiet. There is much time to develop a voice for ourselves. There is little time to hear the voice of someone else.

There is no peace. There is no easy way to rip yourself from the folds of culture and just be still. We are on 24/7. We wake up to our phones. We go to sleep to the glow of the screen. We say we want to hear the voice of God but we don’t ever shove our own thoughts into a corner and demand them to be still so that something bigger can come in and wash the dirt away.

“So when you listen, God speaks?”

A friend asked me this question last week and I had to be bold enough to answer. I said yes. You don’t always hear this loud voice. It’s rarely the heavens parting and a booming thunder coming down upon you. It’s more like little fragments. It’s these brief reminders. It’s these nudges to go somewhere in the bible and plant there.

I didn’t know that I would need to entrench myself in the scriptures to understand the way He speaks. That is the thing though, I think God has his own language. I must be dedicated to God’s language if I ever hope to translate.

I don’t fault myself for this. I actually never was taught to do anything but talk to God. No one ever sat me down and said, “Girl, prayer is just as much about listening as it is about word vomiting. Prayer is your direct line to God. If you want to hear from God then come prepared to listen.”

I told her it took a while for me to listen to the voice of God. Even now, I have to discern whether I am hearing from God or hearing my own voice. I told her the more time you spend with someone, the more you get to know them. You understand whether they are good or bad. You can start to predict their reactions.

How is it not the same way for God? How can I want a personal relationship with God but never imagine that He might be personable and good to me?

Hannah Brencher founded the global organization More Love Letters in 2011 and cofounded If You Find This Email in 2015. Her memoir “If You Find This Letter” is now in bookstores across the country.  Connect with her on Twitter.