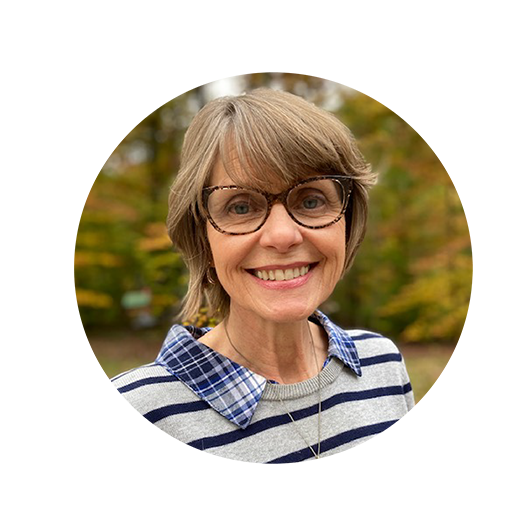 Recently, I bought a decorative small canvas that artistically displays, “Embrace the imperfections, the chaos, the holy mess of your beautiful life.” I was drawn to it because of the adjectival phrase “holy mess.” Having gone through several months of what could easily be described as “a mess,” I desperately wanted to see the “holy” in all of it - especially as a high school teacher trying to survive the season of COVID.

“Holy mess” is modern-day hyperbole that, according to Urban Dictionary, means, “A mess that is so epic and terrible in its nature that it recalls plagues and disasters of Biblical times.” Certainly, none of us has shut off the alarm to find a bed full of frogs; however, we do wake up to “imperfections, chaos,” and messiness. So where is the “holy” in all of it?

In Eugene Peterson’s biography, A Burning in My Bones, author Winn Collier relates Peterson’s description of growing up working in his dad’s butcher shop. He describes the “gritty lives of butchers, cement layers, radio-preaching mothers, and the drunks who lounged in the alley behind the shop amid empty bottles of Thunderbird whisky.” Collier says the butcher shop “placed him, day after day, in a context of unspectacular ordinariness - and he learned to see it as holy.”

What a startling thought - “holy” in the midst of "gritty... drunks... Thunderbird whisky.” What makes a place holy? More specifically, what makes a workplace holy? 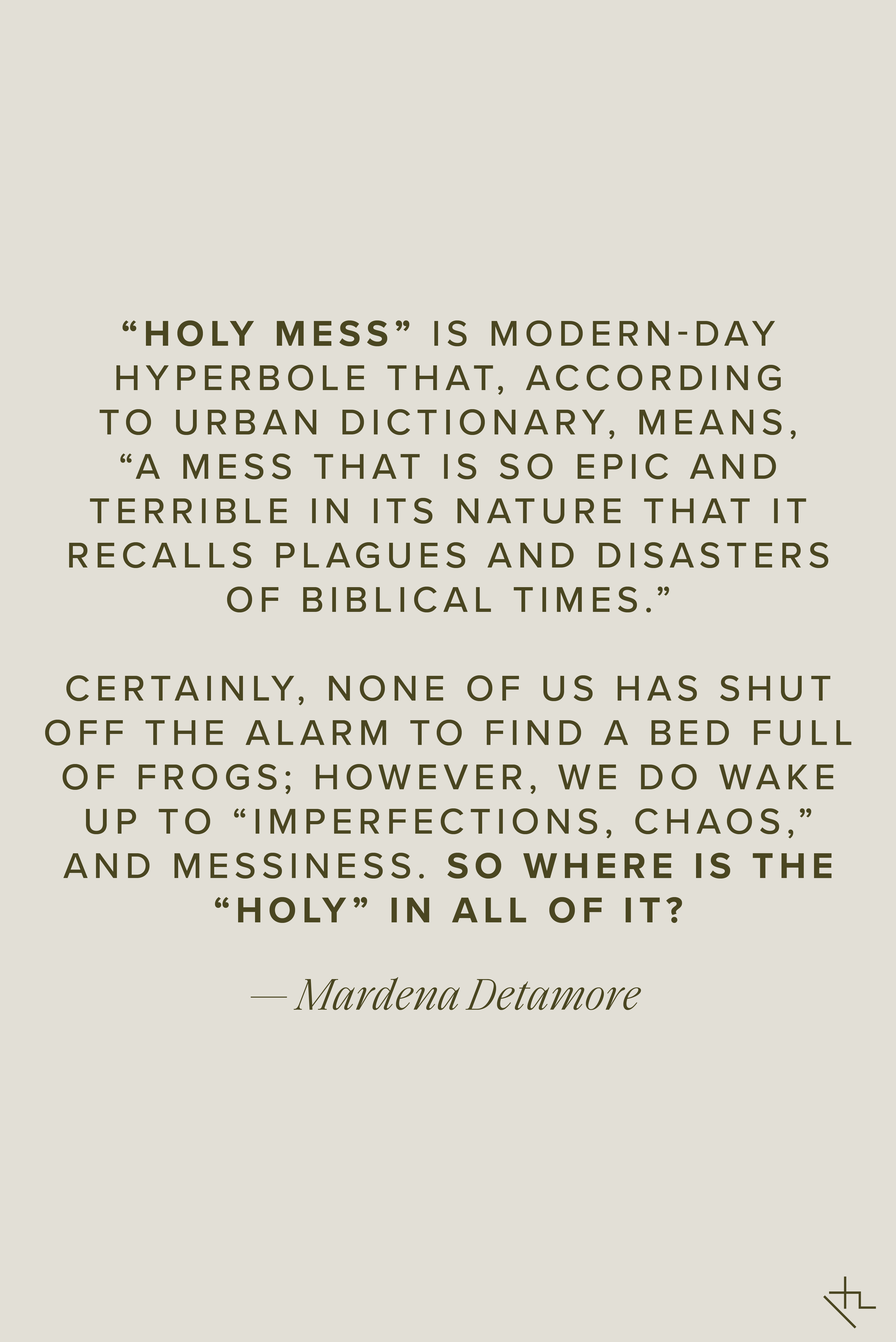 There is a Bible story about a man named Moses finding Holy on the job. He was taking care of his father-in-law’s flock in the hot desert one day, when he saw a bush in flames but not burned:

“Moses said, ‘What’s going on here? I can’t believe this! Amazing! Why doesn’t the bush burn up?

God saw that he had stopped to look. God called to him from out of the bush, ‘Moses! Moses!

God said, ‘Don’t come any closer. Remove your sandals from your feet. You’re standing on holy ground’” [Exodus 3, The Message].

God’s presence made Moses’ workplace holy. Perhaps we can wrap our brains around that: austere mountainous terrain, animals, nature, God. But what about the “gritty,” coarse atmosphere of the butcher’s shop Peterson described? What about the office with off-color jokes, and gossip, and deadlines, and competition? What about hospitals with bedpans, and needles, and sickness, and dying? What about restaurant kitchens with grease, and heat, and noise, and relentless orders? What about high school classrooms with students distracted by Youtube and social media and broken homes? Messy? Yes. But holy?

There is another Bible story, an extraordinary story, about Holy showing up in the least expected of places. The Holiest of Holies became a human being and entered the chaotic messiness of the human condition. God in flesh was often found in the “gritty” presence of sinners - people whose lives were a mess. He was a physician, He argued, who had come to save the sick. Left and right, people were finding Holy in the mess of their lives. A Samaritan woman who was trying to find love in all the wrong places found Holy at the well she frequented everyday. A savvy tax collector found Holy showing up at his very serious job of collecting taxes from the Jews who hated him. A frustrated fisherman was flabbergasted when Holy showed up at his boat one day to offer a better job. Holy eagerly stepped into the mess. What an unexpected, surprising, beautiful holy mess.

Certainly we discern Holy in the two or three who are gathered together in His name. Yes, we embrace Holy in the beautiful sanctuaries of worship that were erected for His glory. But we also discover Holy in the mess. God is still the Great Physician who wants to save the sick.

As a public high school teacher in a poverty-stricken, drug-infested pocket of southern Indiana, my classroom is filled with students whose parents are either dead or in jail because of drugs; students who at the age of 15 have lived in six, nine, twelve different foster homes; teens who are victims of sexual abuse or physical abuse or both. Many are depressed and that number has increased since COVID. There is a tenor of hopelessness and resignation in their anxious voices. They have low expectations of the world and of themselves.

Most days, I only see the mess. Then Holy shows up. He shows up in an ordinary high school classroom full of confused, broken human beings in desperate need of Him, and He says, “Take the shoes off your feet! You’re standing on holy ground!” It’s a Holy Mess.

Mardena Detamore is a public high school English teacher.  She and her husband served in full-time ministry at a large multi-cultural church in Indianapolis for 25 years and now champion their oldest son's pastoral ministry.  They love living in the beautiful hills of Brown County, Indiana, exploring the many hiking trails and hosting their children and 13 grandchildren.