Millennials apparently got their name because they were scheduled to begin graduating from high school once the century turned. They would have just been called Generation Y but that term didn’t stick and the Millies were born.

That seems to be the generally accepted starting point. If someone was born between 1981 and say maybe 2005—though that parameter varies—they are loosely considered a millennial. Does one capitalize the M? Not sure. But what I am sure of is that I’m fascinated by them.

One of the most difficult words I think for my generation to relate to, however, is the oft-used Anxiety.

I didn’t really ever hear the word until I was in my 40’s. I had seen it, of course, but it wasn’t named. I had a friend in elementary school whose mom had a nervous breakdown. We didn’t know what it meant and no one talked about it. At all. Maybe this woman was just honest about her anxiety and we named it nervous breakdown so that no one else would want one. There was a discomfort being around things we couldn’t fix. 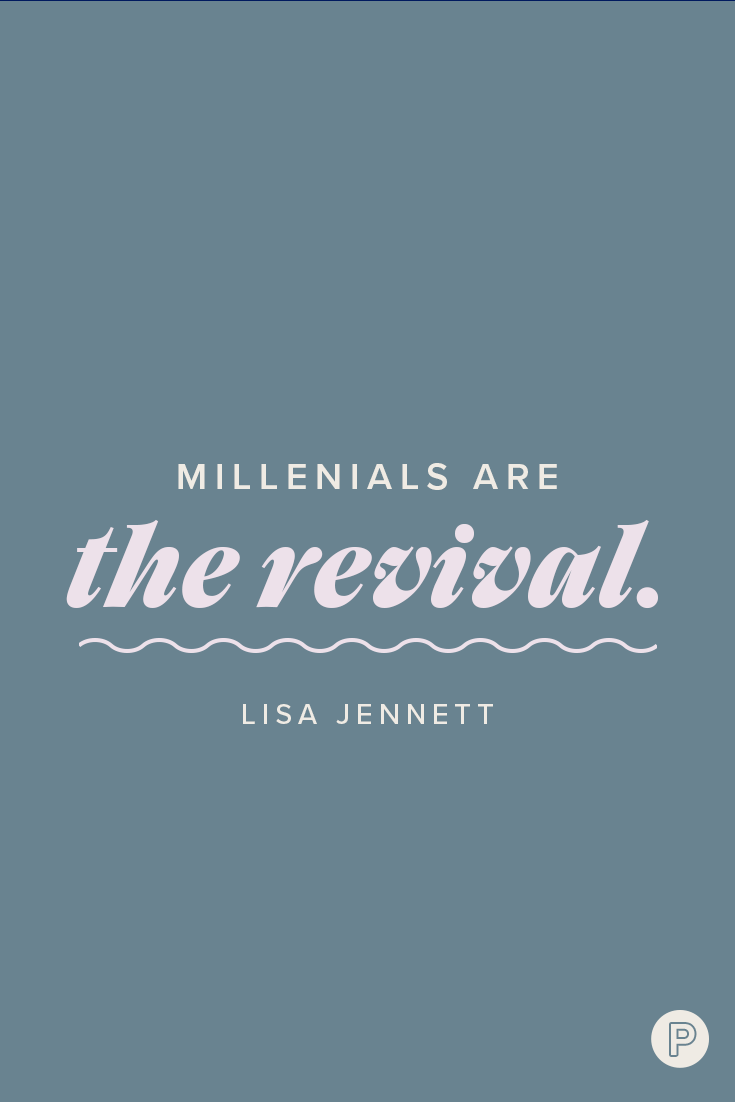 I love so many things about Millennials. I am fascinated by their need for truth. And they are so much more transparent about things like anxiety.

By definition, anxiety is distress or uneasiness of mind caused by fear of danger or misfortune; a state of apprehension; a tense desire. Noah Webster’s 1828 dictionary says that anxiety is a concern which disturbs the mind and keeps it in a state of painful uneasiness.

But my generation ignored it and suppressed it and never spoke of it so I followed the norm of my time. And although I probably had anxiety, I also knew admitting such a weakness may have jeopardized my reputation as an overcomer and a survivor. The risk seemed too high. So I lived less authentically than I would have liked, even though I didn’t know that’s what I was doing.

Here’s a thing, though, that I have seen in Believer Team Millennials—they have an incredible sensitivity. It is to be marveled. I hear them speak of and about God in terms and familiarity that my crowd never did. They call him Abba, Papa, Daddy, and Real Dad. They speak about the Holy Spirit like a friend. They have encountered Jesus. They have taken the words they read and raised questions where we settled for acceptance. Someone else’s interpretation is not enough. They want their evidences and experiences and transformations to be personal. Not borrowed or textbook fodder.

They consider their God to be theirs. All three parts. They watch for miracles and believe in healings and pray like we never did. They lay hands on and they raise hands up and they lead out of sensitivity to the Spirit in the room.

Anxiety is the attack on them. Millennials are the next-level game changers and bringers of Heaven. Us “bootstrap puller uppers” of Generation X  have just not opened our eyes to see it.

Instead of appreciating them, we make Millennial jokes. We roll our eyes and wish they’d get out of the coffee shops and into the workplace. We wish they’d buy homes and have 2.4 children and a Range Rover payment. We wish it because it would be easier for us. We wouldn’t have to support them or applaud them or use our energy to encourage them and maybe we could stop praying for them so much.

I am changing my mind. I will continue to be fascinated by this generation. I will bring myself into their company. I will not be irritated by their peer mentality or wish they deferred more to the number of years I’ve been here. Instead, I will tell them what I’ve learned so far and battle through questions with them and for them. I will be grateful for them. I will start blessing them.

Lisa Jennett is married to the younger, better brother of Santa Claus. She calls him Tank. Combined, she and Tank have 6 kids and 13 grandkids. Lisa’s memoir, When I Last Saw Me, is available on Amazon and she’s currently working on her second book. Connect with her at LisaJennett.com.