Lead with A Different Spirit

Throughout my career, I have endeavored to be a leader who inspires development and growth in others. I often say “better together,” because I know none of us can get any assignment accomplished alone. I need every one of my team members. In the words of John Maxwell, “Teamwork makes the dream work.”

But I didn’t begin my career knowing how to lead others perfectly. I had to grow and develop my leadership skills. I had to learn how to communicate effectively and forge a direction so everyone was wholeheartedly on board and unified as we moved forward. I had to learn how to speak in a way that accelerated the comradery of my team and the pace of our mission. I had to learn to speak faith-filled words—to the staff I led and to the ones who led me.

That’s right. It’s just as important to speak faith-filled leadership to those under your supervision as it is to express it to those to whom you report. It’s a language full of answers and solutions, of creative problem-solving and initiative, that moves everyone forward.

One of the great examples of faith-filled leadership demonstrated in the Bible occurred when Moses pulled together a scouting mission for the Promised Land. It was a critical assignment that would affect the lives of three million people. He had to opt for the most qualified in the nation. So Moses thoughtfully selected 12 leaders—one from each of the 12 tribes of Israel—to go and explore the land.

They were proven. Experienced. Highly skilled. Trustworthy. Esteemed by the millions of people they helped lead. Regarded by those who led them. 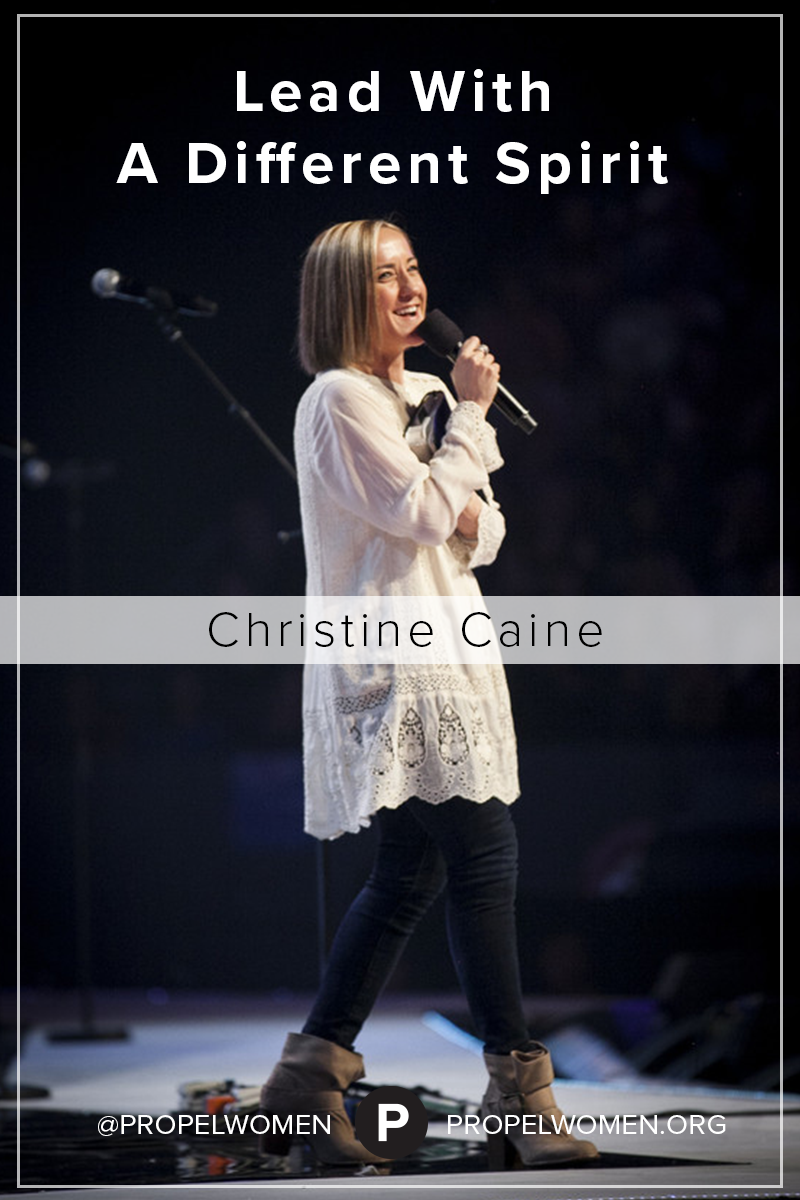 As Moses readied them for their mission, he charged them:

“See what the land is like and whether the people who live there are strong or weak, few or many.  What kind of land do they live in? Is it good or bad? What kind of towns do they live in? Are they unwalled or fortified? How is the soil? Is it fertile or poor? Are there trees in it or not? Do your best to bring back some of the fruit of the land” (Numbers 13:18-20).

It was a charge equal to the capable leaders they were. Moses was depending on them to be his scouts and assessors in a land where he intended to move an entire nation. It was a pivotal responsibility assigned to the very best delegates.

For 40 days the spies explored the land—from the hill country to the valleys, past cities and oversized harvests.

When they returned, despite their tenure as seasoned leaders, they did not have the same perspectives. As they stood before Moses and all of the people, all of them conceded it was a land flowing with milk and honey—a great asset—but ten of them quickly began telling of obstacles (giants) too strong to overcome. They believed the cities were too large and overly fortified to conquer. As a result, their leadership report incited fear in the people and caused the people’s trust in Moses to wane (Numbers 13:26-33). They didn’t act like leaders with a capacity to establish a population.

But two of the leaders had a different viewpoint—Caleb and Joshua. They courageously spoke a forward-thinking report—one that inspired faith in the people. “We should go up and take possession of the land, for we can certainly do it” (verse 30).

They were confident it could be done. They saw the possibilities. They reported positive solutions. They had the faith to believe and execute the risks.

God was so pleased with Caleb’s leadership, that he said Caleb had a “different spirit” because he served wholeheartedly (Numbers 14:24). Such a difference of information from two types of leaders who experienced the same mission—who had been intentionally trained for years and cautiously vetted for this specific task.

Despite their training, their leadership principles were still a choice. And so are yours. Every day you lead everywhere you manage—your family, friends, team, staff, corporation, community, and church. As you do, God wants you leading with a different spirit—instilling faith in everyone you inspire with your life and with your words. When others aren’t confident they can build a new department or design a new venture, you can be the leader who inspires their faith, believes in them and charges them with “Yes, you can!” When others quote all the negative reports of why it can’t be done or why it’s never been done, you can be the leader who challenges their thinking and says, “Yes, we can!” When others are tempted to quit and throw away all of their potential and capacity because they don’t see how they can be the one qualified to establish a new division, you can be the leader who says, “Yes, you are the one!”

Lead with a different spirit. Speak the positive and infuse courage. Always have a good report. Believe the possibilities and mention them first. Recognize the reality of “better together.”