Learning To Love Me

See what kind of love the Father has given to us, that we should be called children of God; and so we are.
– 1 John 3:1

I used to think I was difficult to love, but I now realize that was a lie.

Years ago, I told my best friend that I wasn’t someone worth loving. She was shocked. Here we were, best friends who moved from one side of the world to the other together. I must have been somewhat lovable to earn that kind of adventurous camaraderie.

Once she realized that I was not being dramatic, but was indeed struggling, she told me to write a list of all the things that were lovable about me. I sat there speechless, which never happens. She grabbed a sheet of paper, a hot pink pen, and numbered it one through ten.

My mental “lovable list” was as blank as that sheet of paper. All I could see was the bad. I could be argumentative and stubborn, ridiculously selfish. But my friend wouldn’t take my incompetence for an answer. She stared me down until I eked out something positive.

Great. That was a start. Probably not lovable, but she let me have it. After a considerable struggle, we came up with a list of about 15 things. Fifteen things I thought I had going for me… maybe enough to be a little lovable. 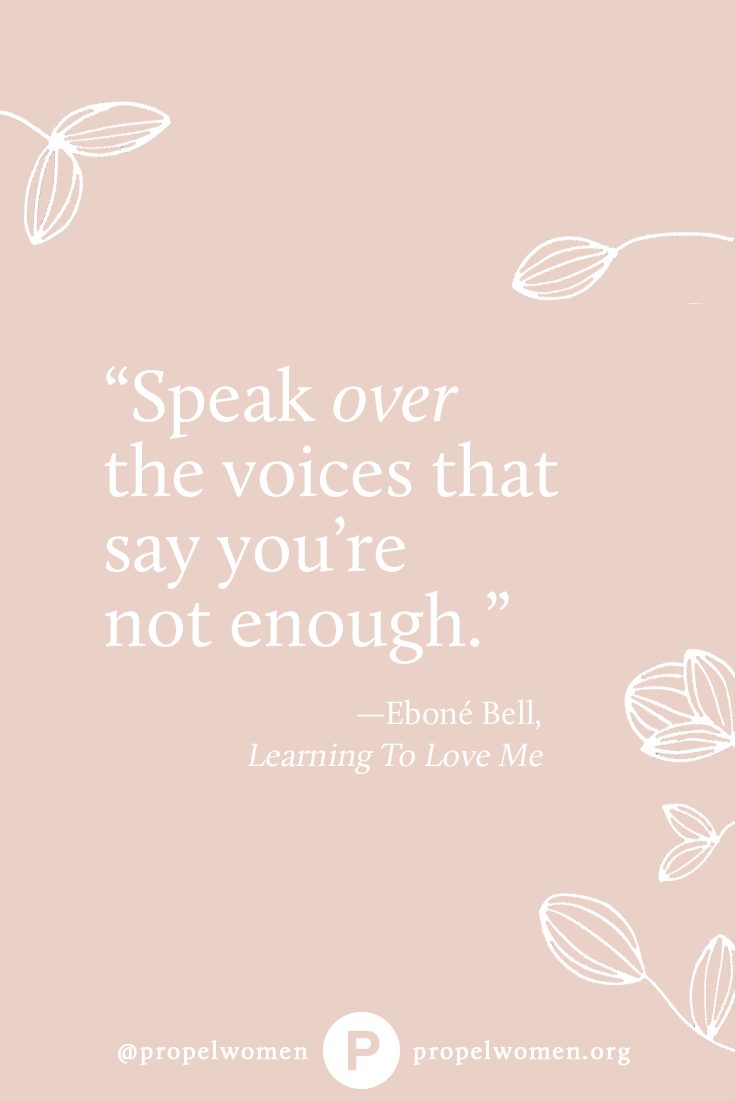 To be honest, the final list seemed rather pitiful, laughable now, but it was something. I prayed and looked at that list every single day until it didn’t seem so far-fetched that I was someone worthy of love. Thankfully, my healthier self-image has developed as God’s Word has renewed my mind.

Here are a few simple thoughts that could help us all on loving ourselves.

Speak over the voices that say you’re not enough.

Proverbs 11:17 says, “Your own soul is nourished when you are kind; it is destroyed when you are cruel.” We are often our own worst enemy, and there’s a whole world out there telling us we’re not good enough. But we should become our biggest encouragers, knowing “Gentle words bring life and health,” (Proverbs 15:4).

It’s okay to be human.

Yes, we are all human, and some parts of us aren’t so great. Blame it on a fallen world. The good is there, however, and that’s what people love. What about the bad stuff? Bad stuff doesn’t make us totally unlovable, it makes us human. We all find ourselves being selfish and stubborn and getting angry and annoyed. I’m not the only human human out there, and neither are you. Since we can’t get rid of the humanity thing, let’s focus on the good human stuff. Let’s work on cultivating the great things. Things like compassion and love and joy and forgiveness and fun!

Make a list of your lovable qualities. Do it now. Write down five. Then ten. If you’re really feelin’ yourself, go for 20! These can be things that you’re good at, things others compliment you on. It could be your awesome laugh. If you can’t think of anything at all, call a friend.

Post this list somewhere you will see every single day. Read over it. Read it aloud. It will seem ridiculous at first. It was for me, anyway. Partly because we won’t initially believe what we’re reading, and partly because it’s weird to say positive things about ourselves. But it shouldn’t be. Get good at being nice to yourself!

Discover what’s lovable about you and develop that as much as possible. Be grateful to God that he made you exactly who you are.

My deepest hope is that God would help us see ourselves the way He sees us. I encourage you to get into the Bible and let God reveal the qualities that you’ve been given to live the life He’s called you to. Tune in to the loving, encouraging, building words of God’s father-heart toward us.

You’re definitely someone to love!

Eboné is an LA girl being blown away in the Windy City. She works as a full-time writer and editor to support her passion of eating, living indoors and church-building. Eboné serves as Life Group Director at City Church Chicago. Follow her adventures on Instagram: @ebonebell