Let Go of Anger and Heal Out Loud 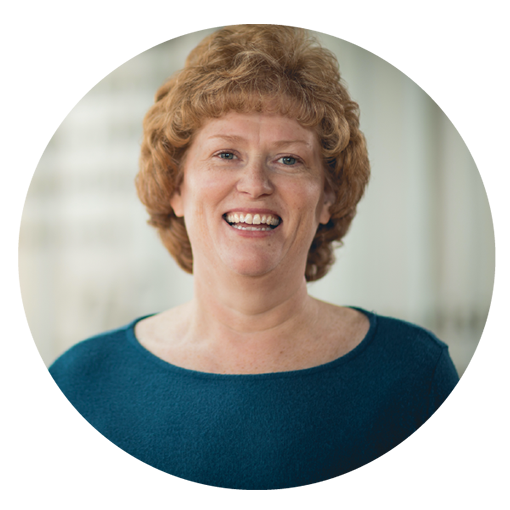 I had sat across from my Christian therapist for months. Progress was being made. And then, seemingly out of nowhere, this intrusive emotion bubbled up like a volcano during one of our counseling sessions. It was unfamiliar, shocking, and embarrassing to admit.

I was angry. Deeply. Intensely. At people who had hurt me. And at myself.

As we discussed past trauma, I said things like, “What kind of person does that? What gave them the right? I’m so mad at them because they didn’t simply hurt me then. They’re still causing me pain today.”

It felt like failure to admit that something from decades ago was still stirring up such deep rage. I felt like a hypocritical Christian. How could love for God and intense anger both dwell within me?

More importantly, what should I do about it?

My counselor suggested I write a letter and address it to someone who hurt me. The letter wouldn’t be shared with them, but it would be a way to acknowledge and release anger in an honest, constructive way.

The assignment sounded easy in her office. But as I tried to put words to my feelings, I realized it was more challenging than I thought. Do I write the true depth of my anger? Or do I choose words that sound “better” but aren’t as honest? I realized that I didn’t know how to process anger and honor God at the same time. It felt wrong to admit that I was angry. But it also felt wrong to deny the truth of my emotions.

The letter was emotional to write. For some reason, putting words to decades of pent-up anger and frustration stirred up a desire to scream. That may sound crazy and foreign (as it did to me). I felt like a water kettle that was whistling and screeching because it had reached its limit. The heat had to escape. So, I took the letter and sat in my parked car in the garage.

I read it. I cried. I screamed. It was an honest release, an offering, to an all-knowing compassionate God.

“Why have you abandoned me? Why are you far away? You don’t answer me.” I had read those heart wrenching questions of David in Psalm 22. But today, they were my cries as well. I believed that if God honored David, Elijah, Job, and others in scripture as they were honest with their fear, discouragement, and anger, then He would do the same for me.

You Are Not Alone in Your Anger

I didn’t expect His tender whisper to my heart, “What if I’m angry too?”

“Do not take advantage of the widow or the fatherless. If you do and they cry out to me, I will certainly hear their cry. My anger will be aroused…” Exodus 22:22.

The thought was almost too powerful to ponder. God heard my cry. He understood the injustice. And He, too, was angry.

That profound truth brought me comfort. I wasn’t alone in my anger. God understood. I could trust Him with the truth. With my anger. And with the injustice.

In the days that followed I read the letter daily. Over and over. I’m not sure why. It didn’t evoke a lot of emotion, but I felt a connection to it. It was a rendering of my soul. A reflection of deep pain. Words that I had felt for a long time but had only recently spoken. It was cathartic to me. It didn’t feel right to rush past it. So, I didn’t.

Make Room for God to Work

Processing through anger, for me, took time. It was a learning to “make room” for honesty and to “leave room” for the Holy Spirit. Anger may have been a natural response to past pain. But I was now ready to let go. I didn’t need to hold it any longer.

In time, I found myself reading the letter less often. It felt more like a journal from the past. The anger felt like an old acquaintance. Not a current friend.

During one of our final counseling sessions, and with little fanfare, I simply threw the letter away. It was a symbolic ending to a life altering journey.

The “anger letter” was so much more than venting on paper.

It was an invitation to be honest with God.

To trust Him with the truth of my anger.

To realize that He understands my pain and shares feelings of anger when an injustice is done.

And to leave room for the Holy Spirit to work…in my mind, my heart, and the wrongdoing.

Sandi Brown leads two radio ministries, JOY FM and BOOST RADIO, in St. Louis. She wrote Healing Out Loud: How to Embrace God’s Love When You Don’t Like Yourself with her former therapist, Dr. Michelle Caulk. Discover what healing looks like from both sides of the couch. Connect with Sandi on Facebook.