Let's Be Women On Mission

I sat mesmerized listening to Carol and her stories of how Jesus radically changed her life. She had been a biker, addicted to drugs, and was dropping acid when Jesus got her attention. Being only 14 at the time, I wasn’t entirely sure what acid was, but I could tell from what she said, it was something to definitely steer away from. From what she described, I deduced that hallucinations weren’t a good thing…even if you did think you saw Jesus in the midst of them.

Now saved and redeemed, she was just another one of the mums who helped out at my school. It was the 1980s—and Carol had been saved in the late 70s, the era of the Jesus Movement and coffee shop revivals—and religious education was a compulsory requirement in Australia’s public school system. Somewhere, Carol’s journey in her newfound relationship with Jesus and our school’s need for religion teachers intersected—and that’s when her life bumped into mine.

Every Tuesday, after she shuttled her three kids off to their schools, she showed up at mine, and taught us what she knew. She spent time with Jesus and then talked to us. It wasn’t volumes, and certainly not anything you would expect from someone with a seminary education, but it was enough to captivate me and a handful of my friends. As you can imagine, most of the 20 or so kids in my class were utterly bored. It was everything you think would never work—but it worked for me. Carol had me hanging on her every word. Besides, not everyone had a real-life hippie who had experienced hallucinations for a religion teacher! Definitely cool to my 14-year old perspective. 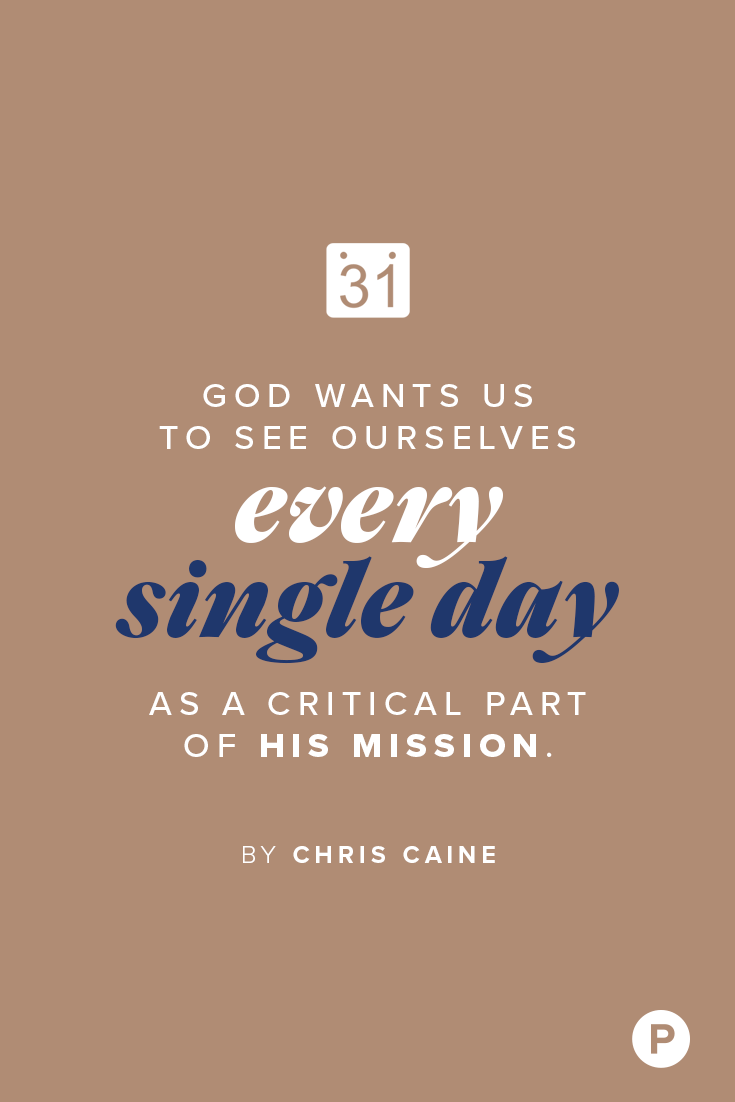 Looking back, could it be that we’ve all had a Carol in our lives? Someone who first whet our appetite for Jesus? Someone who took the time to talk to us about him? Whether she was your mother or grandmother, friend or colleague, most likely, there was a woman who talked to you.

In Paul’s second letter to his protégé Timothy, he writes, “I recall your sincere faith that first lived in your grandmother Lois and in your mother Eunice and now, I am convinced, is in you also.”1 Lois and Eunice were two women like Carol. Two women who talked about the Good News of the Gospel.

God has always included women in his plans to introduce Jesus to the world. Wasn’t it to the women who came to anoint Jesus with spices—Mary Magdalene, Mary the mother of James, and Salome—that Jesus gave the lynchpin of our Christian faith: “He is risen. He is not here.”2 It was to those three women the angel said, “Go and tell.”3

When Jesus travelled around the countryside ministering, a group of women travelled with him: “After this, Jesus traveled about from one town and village to another, proclaiming the good news of the kingdom of God. The Twelve were with him, and also some women who had been cured of evil spirits and diseases: Mary (called Magdalene) from whom seven demons had come out; Joanna the wife of Chuza, the manager of Herod’s household; Susanna; and many others. These women were helping to support them out of their own means.”

Can you imagine what kind of impact they had with other women in the communities where they went? They were women who were supporting his ministry out of their own means and telling others of the Gospel! In a culture where women had no rights, were seen as property and rarely had their own resources, this was incredible.4

Telling someone about Jesus has the power to affect multitudes.

When I reconnected with Carol a few years ago, she was blown away to learn that several of us from class has gone on to spread the Good News she had shared with us. She was overwhelmed with joy to learn what a critical part she had in Jesus’ mission to save a handful of school kids and then to realize the lives they had touched.

God wants us to see ourselves—every single day—as a critical part of his mission. Carol did. The women of the Bible did. And what a difference they all made! When I think of the magnitude of their influence, I can’t help but be moved to do more. To say more. You and I are part of a long line of women God has included in his mission, so let’s stay on mission. When we talk to Jesus, we can’t help but talk about Jesus!

Christine Caine is an Australian-born, Greek-blooded activist, author, and international speaker. She is the co-founder of A21 and the founder of Propel Women. This excerpt is adapted from her new Bible study: 20/20: Seen. Chosen. Sent.