The primary responsibility of a leader is to ensure a team or an organization is intentionally always moving forward—even in the face of adversity. Even when the pressure is unrelenting. Even when it requires figuring out the next step as you go.

How many times have we heard stories of people who had been seeking God for a particular breakthrough for the longest time, and you hear them say this statement?

"When I let it go, that's when it all happened for me."

Now I have to confess (don't judge me), although I understand this statement and respect the picture of surrender found within these words, every time I heard someone say any version of this, it would irritate me to no end.

I know. It's terrible. But honestly, we never do ourselves any good by judging and dismissing ourselves for the things that don't sit right with us. On the contrary, I've often found valuable lessons hidden in these moments.

For example, let's take good ol' doubting Thomas. In John 20:24-29, news was spreading that Jesus was alive and had risen from the dead. What was Thomas' reaction to this incredible news? He said, "Unless I see the nail marks in his hands and put my finger where the nails were, and put my hand into his side, I will not believe.” 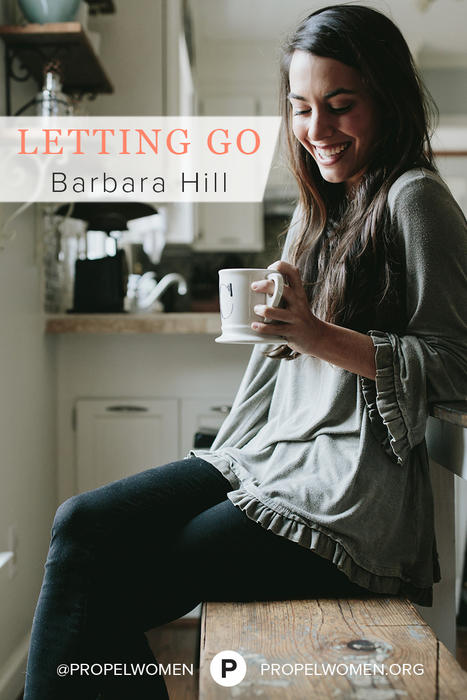 For Thomas, this news seemed virtually impossible because he saw Christ die. Even in the light of this new development, he couldn't seem to muster up enough courage or faith to believe that Jesus was alive.

A week later (which to us is one second's time as we venture from verse 25 to 26 but for Thomas I'm sure it felt like an eternity), he receives a very unexpected visitor. Jesus shows up right in the midst of Thomas' doubts and says, "Put your finger here; see my hands. Reach out your hand and put it into my side. Stop doubting and believe."

We always talk about how faith sets us up for blessing, but what if we were honest about our doubts, and asked Him to show up in the midst of those too?

When I heard story after story of people saying that their breakthrough came on the heels of "letting go" and "letting God," I would have a Thomas-like reaction every time. And although on the outside I was probably smiling and saying, "wow, that's awesome," on the inside I was ticked because I didn't understand.

I had several questions swirling around in my head where I heard people talk about letting go. Questions like:

"How can I let go of something that means so much to me?"

"What if I can't let go? Does that mean I'm ruining my own blessing... Am I getting in my own way?"

"But I have let go... like a thousand times and nothing has changed!"

Recently I found myself reading Hebrews 4, where scripture talks about the rest promised to us as children of God and how the Israelites couldn't enter the promised land because they didn't mix faith with God’s promise. Before I knew it I realized that these verses spoke to my long time struggle with letting go.

“There is a special rest still waiting for the people of God.  For all who have entered into God’s rest have rested from their labors, just as God did after creating the world. So let us do our best to enter that rest.” Hebrews 4:4-6

Letting go isn't letting go of the fight altogether; it's fighting differently, fighting the way God intends… from a place of rest.

God desires us to fight for our miracles from a position of rest, and that is the only position he will honor… Hence why things don't shift until I "let go," or in my own words, until I rest.

I've also realized that's why prayer is the most powerful but underutilized and underrated force in our spiritual lives. Because when we pray we are saying, "I am resting and asking you, God, to work." The surrendered life, the person who has "let go," is really just someone who has learned how to rest and abide in Him.

We never really "let go." We just shift the posture of our heart and the position of our energies. As the verse says, "we do our best to enter into that rest." I fight to rest in God and in turn, God fights my battles for me.

Barbara Hill is an East coast girl who moved from Baltimore to California to volunteer with A21. She is a worshipper, freedom fighter, blogger, and recently finished her masters in Biblical Counseling. Connect with her on her blog.