Mending a Marriage That was Falling Apart 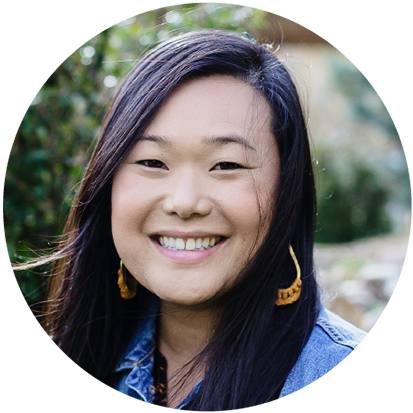 We sat awkwardly side by side on the black leather couch in our living room, the quiet of a sleeping house amplifying the silence between us. For months our marriage had been falling apart at the seams, and everything we had built over ten years seemed to be dissolving faster than we could pull it back together. Where there had once been understanding and shared laughter, we now had only disbelief and sharp words for each other. I used to say that the greatest thing about our marriage was that we were friends, but now we had become strangers—angry, unforgiving, and exhausted with each other.

What was left to say at this point? Every interaction had become fraught with tension, meanness, and hopelessness. And though we were in marriage counseling, the real work at home of learning to communicate and listen, of trying to mend what felt beyond repair, was draining. I had nothing left in me anymore—no more energy to keep going, to even hope that things could get better—and I didn’t know how much longer I could do this.

The continued silence made the air still and stuffy. Neither of us knew what to say, and with our polar opposite personalities—me as the verbal, reflective processor, and him as the unexpressive, logical one—we were at an impasse. Someone had to break the silence, and as much as I resisted being the one to put into practice what we had learned in therapy, I asked the question he needed to hear: “What are you feeling?”

I knew to be ready for the minutes of no response while he formulated his thoughts into emotions and then into words. I could think of a million things to say as I waited for an answer, but I was learning to be patient and let him take his time. So I bit my sharp tongue and waited, expecting the worst.

For once I was the one without words. That was exactly how he had made me feel for so many years. How could our pains be the same? How could we both feel unseen and unknown by the other? I tried to think of ways I had failed at seeing him for who he is, how I might not have been loving or supportive, but instead of trying to guess, I asked, “How do you feel unseen by me?”

He began sharing, and as he did, one story led to another, one step at a time into the past, until it became clear he’d felt this sense of invisibility since he was a child.

From my perspective, he had been his family’s golden child—the one everyone looked up to, the one who could never do anything wrong, the one who had it all together. And yet, from where he stood, he felt he was only allowed to be what his loved ones expected him to be—and that included me. It was as though his goodness shrouded who he really was—a human being who has thoughts and feelings that go unexpressed because the world turns at a speed that is often beyond him.

The strange thing was, I also had felt invisible since childhood, lost among my siblings and visible only when I’d get in trouble. I had learned from my experience that being good and proper could get me the attention I sought, but I just couldn’t seem to be good enough to feel consistently seen and loved.

Now here we were as adults, having grown up with the same wound and hurting each other in the exact ways we’d been hurt. I shook my head at the irony.

We had felt as though we couldn’t possibly understand each other; we just didn’t know how much we could.

I look back on that time in our marriage, and though we survived falling apart, mending the mess was a slow, pain-filled process. I often wondered, then, if it was worth it—worth being in the marriage, worth putting in the effort for an outcome I wasn’t guaranteed, worth keeping at it when I couldn’t even imagine what a future together might look like. And the only thing that kept me grounded was the redeeming power of the gospel. If miraculous and impossible things can happen in Christ, such as resurrection from the dead, surely there was hope for us in our marriage. Surely we could change for the better, and it would be worth it to wait and see what God might do.Mending a marriage or any other relationship is not always possible, but when it is, the hardest part can be doing the simplest things, like having a conversation, asking questions, and staying curious about the other person to get to know them better. Curiosity keeps us tender to each other’s humanity. And when we keep each other’s humanity in view, perhaps then, even when all hope feels lost, we can take small steps toward mending the gaps created by our differences.

Grace P. Cho is a Korean American writer, poet, speaker, and a senior acquisitions editor at Revell, an imprint of Baker Publishing Group. Grace has authored and edited several (in)courage Bible studies and devotionals and has most recently contributed to a powerful book called Voices of Lament: Reflections on Brokenness and Hope in a World Longing for Justice.