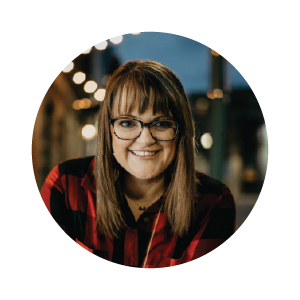 I’ve heard women say they cannot get behind Christianity because it’s a religion that doesn’t honor women. Nothing hits me like a dagger straight to the heart more than hearing this because this means these women have not been introduced to the bondage-breaking, public rebel Jesus who celebrated women everywhere. Some of the people most freed, most loved, and most protected by Jesus are the bold, brave, risk-taking women he came across.

The Biblical view of women is one of respect, value, and invitation. When we read the Bible without the proper contextual understanding, we take something beautiful that God was doing and we pervert it into an oppressive tool for evil to give a misrepresentation of God’s creation.

The cultures to which the Bible was originally written were male-dominated; the world was a male-dominant society where women had limited rights. Culturally, men held all power politically, economically, and socially. And the presence of women was not always even worth being accounted for (i.e. John 6, the story of “Feeding the 5,000” is only totaling the men present and does not include women or children).

This may have been the view of the world, but this was not the view of God. Jesus acknowledged, empowered, and remembered women.

In Mark 5, beginning in verse 21, Jesus begins traveling to heal the daughter of a synagogue leader named Jairus. 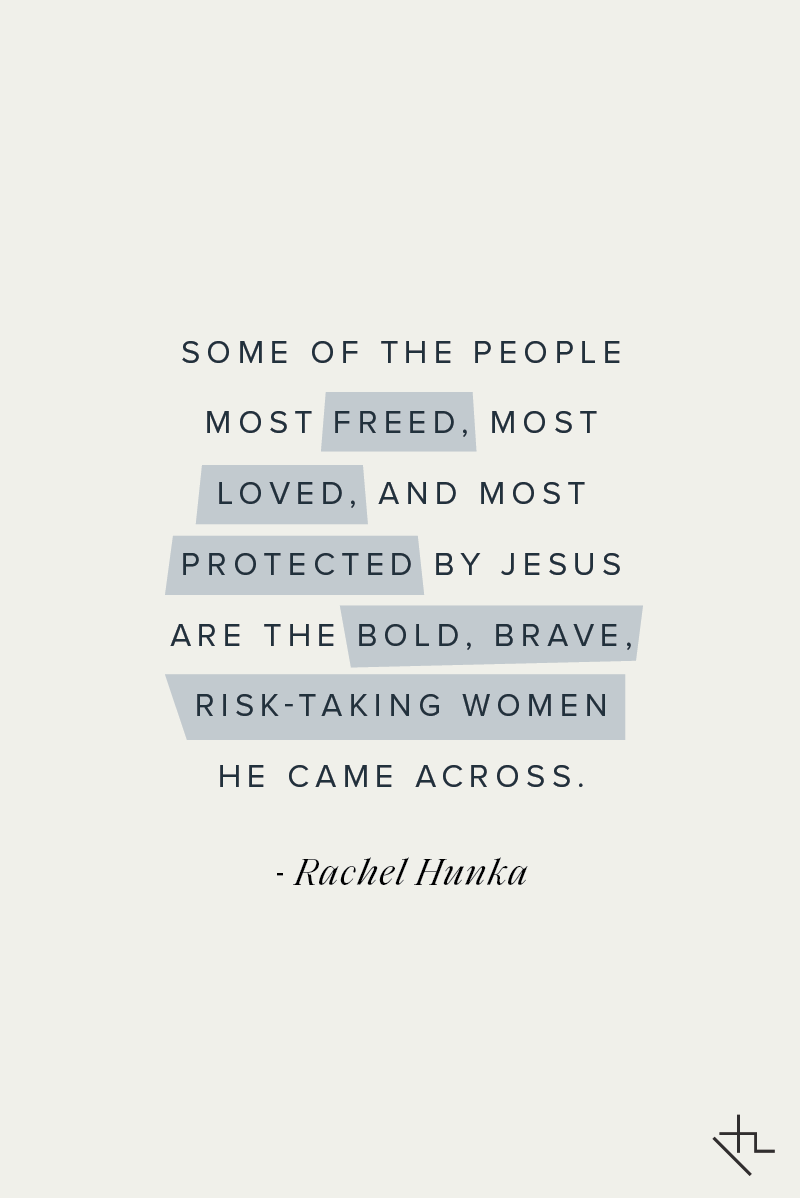 On the journey to Jairus’ home, a crowd forms around Jesus. A woman who is known to have suffered from constant bleeding for 12 years exits her exile to reach out to Jesus. This woman believes in Jesus so strongly that she thinks if she can only touch him, she will be healed. Upon touching his robe, Jesus feels power leave his body and he searches for her.

“Then the frightened woman, trembling at the realization of what had happened to her, came and fell to her knees in front of him and told him what she had done. And he said to her, ‘Daughter, your faith has made you well. Go in peace. Your suffering is over.’” Mark 5:33-34, NLT

On his return to Galilee, Jesus was prompted by the Spirit and had to pass through Samaria. When his disciples left for food, he was met by a woman at the well during the hottest time of day. The timing alone signaling she was an outcast of society because people did not frequent the well at that hour. To her surprise, Jesus spoke to her. In doing so, he opened her eyes and heart as he revealed his identity as the Messiah.

“Just then his disciples came back. They were shocked to find him talking to a woman, but none of them had the nerve to ask, ‘What do you want with her?’ or ‘Why are you talking to her?’ The woman left her water jar beside the well and ran back to the village, telling everyone, ‘Come and see a man who told me everything I ever did! Could he possibly be the Messiah?’ So the people came streaming from the village to see him.” John 4: 27-30, NLT

Just a few days before crucifixion, while in the home of Simon the ex-leper ("ex" because Jesus healed him of leprosy), a woman entered a room of men and worshipped Jesus. She was criticized for entering, criticized for being wasteful, criticized for not thinking of the poor.

“’Why criticize this woman for doing such a good thing to me? You will always have the poor among you, but you will not always have me. She has poured this perfume on me to prepare my body for burial. I tell you the truth, wherever the Good News is preached throughout the world, this woman’s deed will be remembered and discussed.’” Matthew 26: 10-13, NLT

She never said a word, whether because she wasn’t given the option or from fear that no one would listen. Jesus spoke for her in a place that silenced her voice. Her actions were controversial to everyone but Jesus, and he ensured she was remembered forever.

Each of these women were seen by God, even if their importance wasn’t recognized by those around them. Their names may not be recorded in Scripture, but Jesus ensured they would be remembered forever. Even if they couldn’t own property or live out a career these women took risks to serve the God who saw them when no one else did. In Jesus’ eyes, there are no small women. In Jesus’ kingdom, there are no marginalized disciples.

We may not know their names, but the risks these women took forever have a place in history. If that isn’t a celebration of women, I don’t know what is.

Rachel Hunka is a speaker and writer, contributing content for Stadia Church Planting and Bloom: Women in Church Planting. In her hometown of Canton, Ohio, she helped launch the ONE Center for Leadership and planted 3rd Street Community Church with her husband, Corey. Rachel is a proud girl mom and is passionate about Kingdom diversity and reconciliation. You can keep in touch with Rachel on Instagram and The Bless Up Podcast.