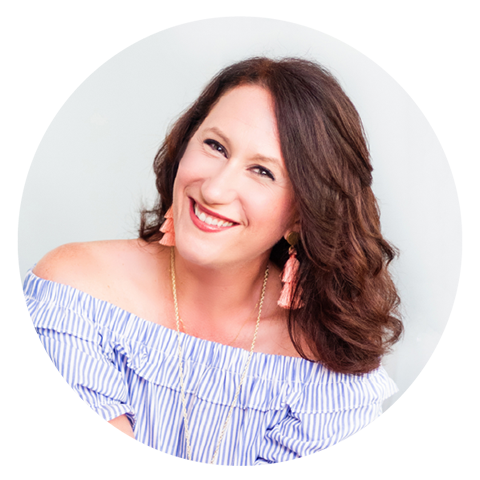 If you and I are going to give up achieving for our worth and grow for something bigger than ourselves— if we are truly going to lean in to the kind of purpose and legacy that is found from trading hustle culture for what I call “slow growth equals strong roots”— then we are also going to have to commit to giving up this one other thing: The Checklist of Other People’s Success.

It’s so easy to look around and see all of the amazing things other people are doing and start to assign their successes as an empty box on your own checklist. Like a blank space in your life or a blinking cursor in your own story, it becomes just one more step between where you are and where you think you have to be in order to call yourself successful. Until it starts to go a little something like this.

We see a friend or a stranger on the internet do A—let’s say start a new business. Then we see some other person we know do B—maybe start building their dream house. Then we see that person we’ve looked up to for years post about doing C—perhaps it’s taking that dream vacation we’ve always wanted to go on or getting a brand-new kitchen that looks like it could have been ripped directly from our “Kitchen Dreaming” Pinterest board.

And then our brain does this really tricky sleight of hand. 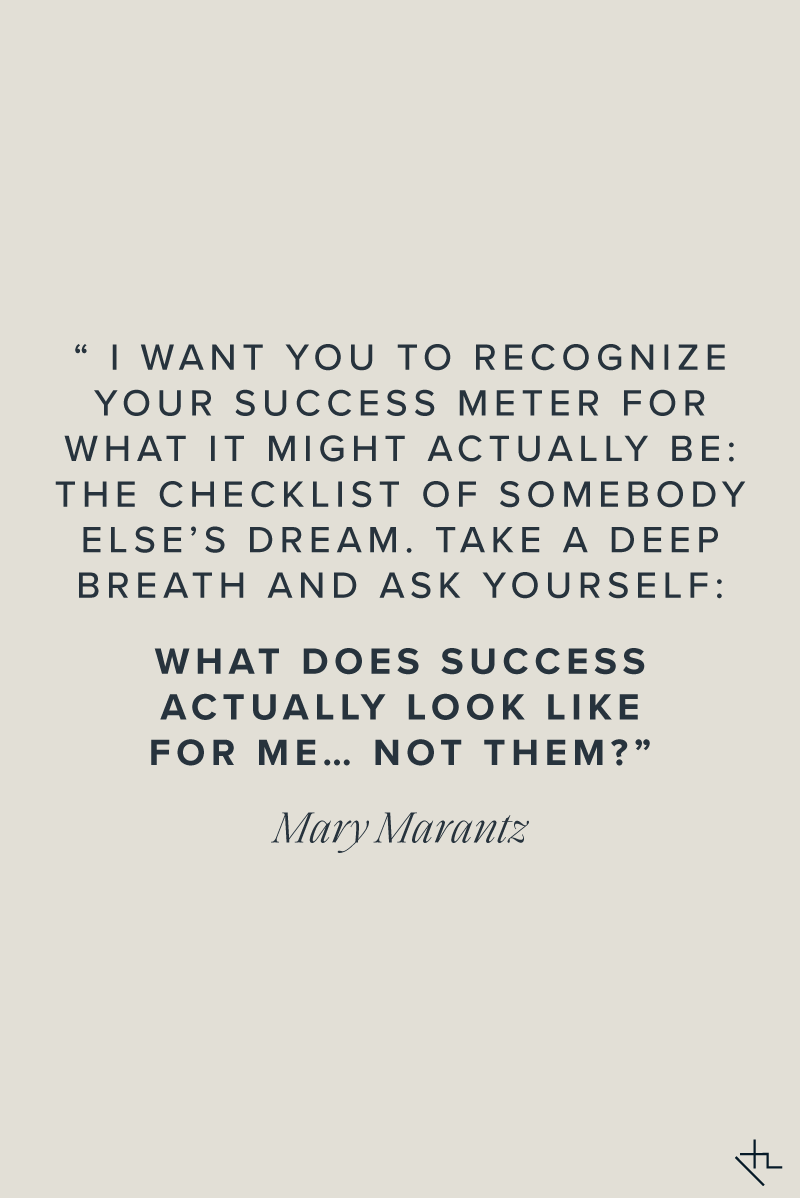 In other words, we build up those three separate mere mortals in our own minds and assemble them into some sort of greater-than-the-sum-of-their-parts Transformer—this Decepticon of success that none of us could ever live up to. Because we’re giving each of them credit for three things when in reality they have each done only one.

And we don’t stop at A, B, and C either. We keep adding, heaping onto the list, until we make it all the way to Z and have ourselves convinced that the only way we can be successful is if we tie ourselves up in knots trying to juggle all twenty-six of these things at once.

We tell ourselves that we’re not really successful unless we’re globe-trotting Europe while dressing like a J.Crew ad while redecorating our magazine-worthy and super clean home while writing amazing captions that go viral while growing a super huge Instagram following while spending quality time with our friends while being the perfect wife and mother while . . . the list goes on and on.

It’s exhausting just reading that list. But here’s the really scary part . . . if we’re not careful, we could spend our whole life that way. We’re living for the checklist of everybody else’s success. And the truth is, we’re setting ourselves up for failure because we’re starting with a list that no human is actually accomplishing. It’s just a greatest-hits compilation we’ve curated in our own minds and we’re giving everyone else credit for.

Before I add yet another check mark to an already overstuffed list of all the things I hope to one day aspire to, I ask myself: Am I doing it for me . . . or am I doing it for them?

Let’s stop doing it for them.

Today, I want you to recognize your success meter for what it might actually be: the checklist of somebody else’s dream. Take a deep breath and ask yourself: what does success actually look like for me… not them?

Now, slow and steady, let’s go do that.

Mary Marantz is the bestselling author of Dirt and Slow Growth Equals Strong Roots: Finding Grace, Freedom & Purpose in an Overachieving World, from which this article is excerpted. She grew up in a trailer in rural West Virginia before getting her law degree from Yale Law School. Mary is also the host of the highly ranked podcast The Mary Marantz Show and her work has been featured on CNN, MSN, Business Insider, Bustle, Thrive Global, Southern Living, Hallmark Home & Family, and more. Learn more at MaryMarantz.com.