One of the most influential Christian thinkers who ever lived was a man named Augustine of Hippo. A North African bishop during the 300’s, Augustine has remained one of the foremost theologians in the history of the church. Augustine was, in short, a pretty big deal. But I don’t want to tell you about him.

I want to tell you about his mother.

Her name was Monica. She was a devout Christian married to a non-Christian, who would not even permit their children to be baptized. Even so, Monica persevered in prayer for her children. She taught them the Word of God, and she raised them to honor the Lord. She provided exactly the kind of childhood you would expect for a spiritual giant like Augustine, except for one little thing: he rebelled against it.

For years, Augustine rejected his mother’s faith in a “prodigal son” sort of fashion.  He cohabitated with a woman, with whom he fathered an out-of-wedlock child. He became involved with a heretical cult, despite the objections of his mother. For years he lived a life of pure self-gratification, ignoring the pleas of his mother.

Monica grieved her son’s choices, but she also pressed on. She prayed without ceasing, and she invited others to pray with her, including her church leaders.

Finally, when her son was thirty-one, Monica’s investment of prayers and tears yielded the harvest of his salvation: Augustine’s eyes were finally opened to the truth of the gospel. 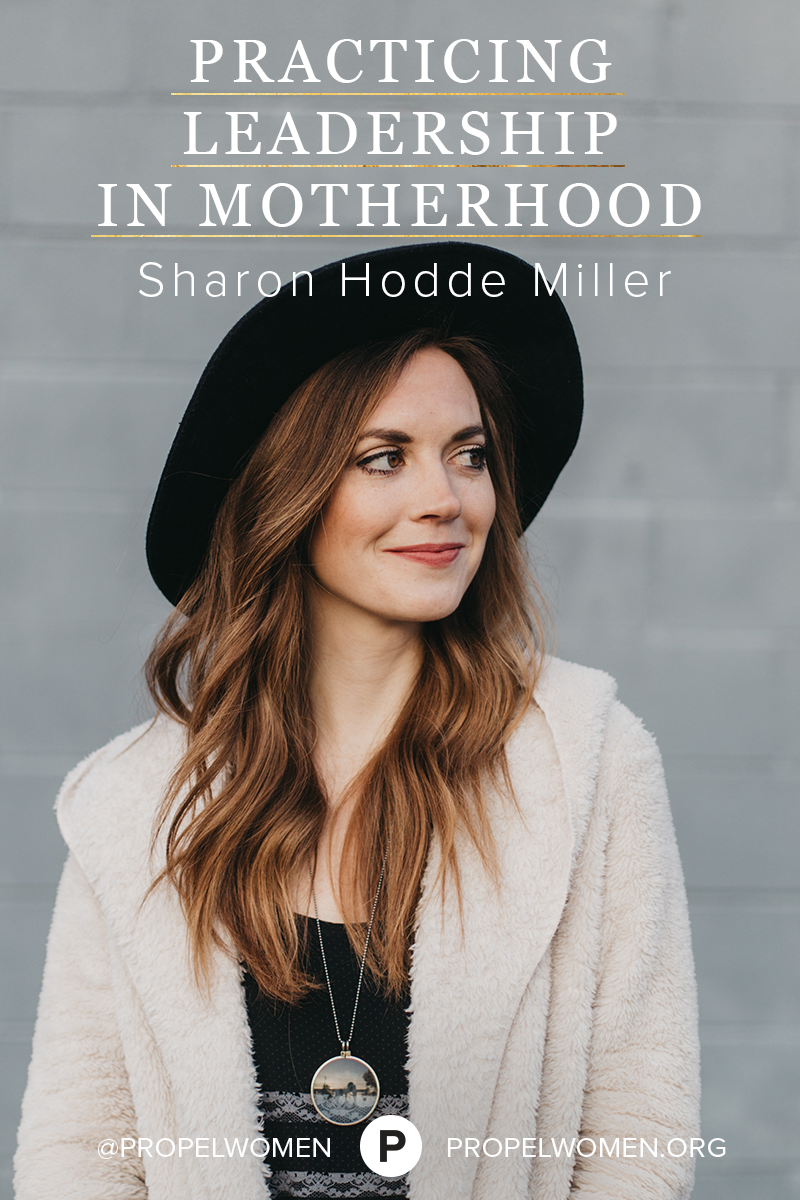 The rest is history.

As a mother of two boys, I think about this story a lot, but it also came to mind when I was interviewing women in seminary for my PhD research. When I asked these women who influenced their decision to go into ministry, many of the women named their mothers. For some, their mothers were role models, leaders in their community and in their church. For other women, they received encouragement from their mothers; their mothers were the first ones to identify their gifts, and urge them toward ministry.

Monica’s story, and the stories of these women, remind us of the incredible influence of mothers. Not only do we contribute to the work of disciple-making, but we cultivate our children’s callings as well. Whether you are a biological mother, adoptive mother, or spiritual mother, you are helping to raise up the next generation of gospel-centered world changers, a responsibility you can uphold through these four practices:

1. Nurture your own faith – You cannot give your children something you do not possess, so spend time in God’s Word. Pray. Find a solid church community. Model faithfulness. Model service. Model humility. The Holy Spirit will cover our parenting when we fail, but our kids are watching to see if we really believe what we say, and they will know this from our lives.

2. Nurture the faith of your kids – Contrary to popular belief, the church will not be the biggest spiritual influence in the lives of your kids. Your church can and should be a major influence, but even if your kids are in the building every Sunday, your church cannot have the impact you have on a daily basis. As a parent, you are a frontline disciple-maker, so teach them Scripture, teach them prayer, and teach them what it looks like to follow Jesus in the big things and the small. Their journey to Jesus might not be a straight line, but be faithful in teaching them the gospel and let God handle the rest.

3. Steward your children’s gifts – One of the most powerful things a parent can do is to identify her child’s God-given gifts. Not the gifts you wish your child had, or even the gifts your child wishes she had, but her actual gifts. What gifts do you see in her, and how do you see God using her? Speak truth and vision over your children, not in the form of pressure but as encouragement. Help them to identify their specific role in God’s story.

4. Steward your own gifts – As I already mentioned, many of the women I interviewed had strong mothers with evident leadership gifts. Their mothers were their role models, and this is a powerful form of influence. One of the most important ways we teach our kids to steward their gifts is by stewarding our own.

And finally, remember this: the work of the church is not passed on through the generations by a handful of visible leaders, but by a million different faithful people tending their sphere of influence. Each of us plays a major part in this work, raising up the next generation of disciples who not only know God’s truth, but who are living it out in the world. If you are a mother of any kind, then you are a leader, so wield your influence well.