The Fight For Forever

Have you ever had a dream that felt more like a fight the closer it got? Has that fight ever caused you to question why you prayed for it in the first place? Me too.

In case you didn’t know, I’m totally getting married soon. Ok fine, you probably did know. I’ll be the first to admit that the amount of Instagram photos I’ve posted of our engagement shoot with #meettherobersons might have bordered on excessive.

And yet, as Queen Bey says, I ain’t sorry.

But while the engagement season is super special, it’s also super scary, and the closer we get to saying “I do” the more we’ve felt like saying, “but how?”

I get that every fairytale worth its weight in Disney has to have a villain, but why didn’t someone warn us that when we picked our wedding date, we also picked a fight with the enemy?

Maybe our fairytale has less to do with a glass slipper and more to do with learning to fight for forever.

This battle is bigger than our wedding. This battle is because of our marriage. Our marriage that will influence more people than a guestlist and have a legacy that lasts far longer than a reception. 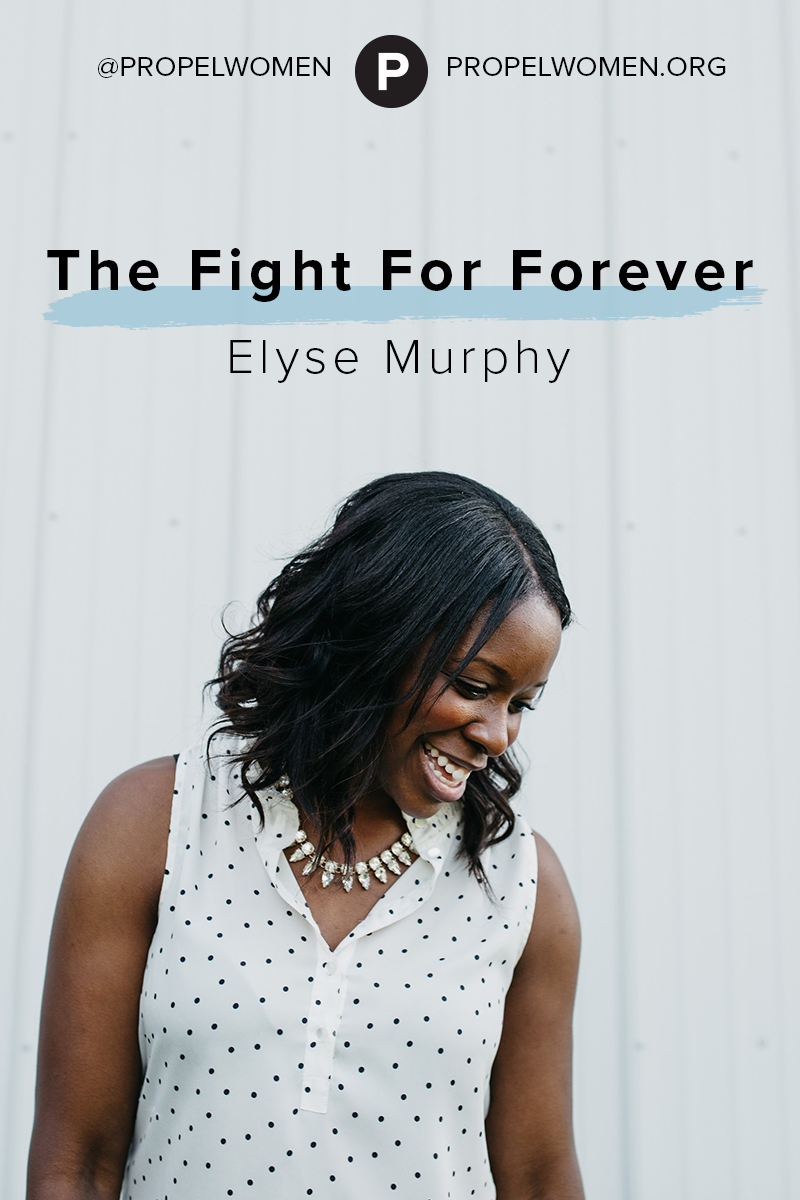 And actually, I’ve fought this enemy before. This is not a new fight.

Right before I moved to Los Angeles, I had to throw a few punches to defeat the fears and sadness that came with saying goodbye to family and familiarity. And last year, as my book was published, I had to get on the offense as the enemy swung at me with sleepless nights and secret anxiety. But each time, my Coach was there, reminding me that the victory was ours.

Maybe your boxing ring looks different than mine… A promotion at work that has you wondering if you have the skill to pull it off. A new relationship that is both scary and exciting, but mostly just nauseating. A graduation that’s coming, but all you can think of is quitting. A baby that’s about to rock your world, but the thought of being a parent is making you baby proof everything, including your husband.

Whatever it is, we all face a fight before our forever, but the fight is not forever.

Ecclesiastes 4:12 (ERV) An enemy might be able to defeat one person, but two people can stand back-to-back to defend each other. And three people are even stronger...

Elyse’s Translation -- A squad of soldiers is better than a single soldier. Today, welcome to your very own #squadgoals.

The bible also tells us that when two or three come together, He is with us (Matthew 18:2). We may not be able to come together physically, but we can come together under His name. And so, guess what? He’s fighting with us too. And the best news is that when He fights, we don’t have to.

So, take a deep breath and take a break. Let Him fight for your forever, knowing that actually, He has already won.

In the world you have tribulation and trials and distress and frustration; but be of good cheer [take courage; be confident, certain, undaunted]! For I have overcome the world. [I have deprived it of power to harm you and have conquered it for you.] John 16:33 (AMPC)

Hey you. Don’t give up the fight for forever just because the enemy is throwing a temper tantrum right now. Let’s fight together and show him just how dangerous a squad of women with some faith and a fairytale can be. Now excuse me while I get back in that boxing ring… I’m not stopping till I come out with forever. Let’s go.

Elyse Murphy is a writer, pastor, and international speaker. Her experiences of life as a pastor’s kid have led Elyse to write her first book “Confessions of a Church Kid.” Elyse now resides in Los Angeles, working with young adults and ministering as one of the pastors at Oasis Church in Downtown Hollywood. Connect with Elyse on her blog.