The Meantime of Singleness 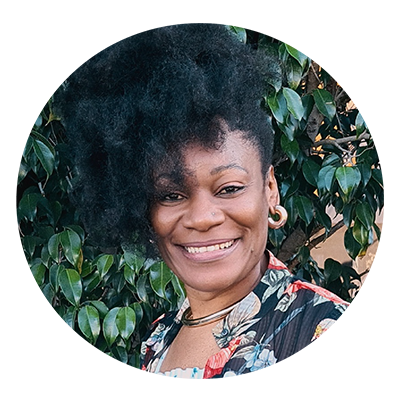 Recently when preparing a message to speak at a single’s conference, I kept reliving a long phone conversation from the previous night that I had with my forever friend Stav. Even though it had been 25 years since her divorce, Stav still seemed to find herself “stuck” in the past, clinging to feelings that have long since reached an expiration date.

You have probably heard the term ‘in the meantime’. We say things such as, ‘I’d like to go to the shops, but they’re not open yet. I’ll wash the car in the meantime.’ Singles who long to be married sometimes refer to the period of aloneness before finding the right man as “in the meantime”. My friend Stav was stuck “in the meantime”, too. Two problems can occur during this “meantime” phase; the first is that we may place such an emphasis on marriage that it becomes the holy grail to the point that we stop living to the fullest. The second is that “in the meantime” can become a mean-time, emphasis on the word mean, with our attitude becoming bitter while we wait.

Live While You Wait

The Bible tells us the story of one faithful woman who lived well “in the meantime”. Anna was an 84-year-old prophetess, whose husband had died after only seven years of marriage. Understandably, her husband’s passing must have been devastating but instead of launching into bitterness, Anna devoted herself to worshipping the Lord in the temple; day and night. (Luke 2v36-38). Here are three powerful lessons we can learn from Anna’s example.

Anna paid attention to something that many in her day were too preoccupied with other affairs to notice. Anna discerned the time by being spiritually aware of what God was doing. Unlike others, Anna recognised the season she was in and began praying for the coming of the Messiah. Prophetess Anna helped birth the arrival of the Messiah by her prayers. She leveraged her time in the things of God and in worship that magnified God’s sovereignty over her challenges. We are called to discern and redeem our days to do good and bring Kingdom goodness, and not give way to melancholy in our singleness.

Like all of us who have walked through grief, Anna the prophetess certainly lamented the death of her husband and grieved the loss of a future together. As a widow, Anna had a choice to remarry; she knew pain and loss. I'd go as far to say if she had not lamented thoroughly, bitterness could have stolen her peace and lived in the past. Yet, Anna did not lose hope because in exchanging her pain for worship, she found strength and newfound perspective through the power of worship and prayer.

God honoured Anna and gave her the gift of meeting the Saviour of the world in his infancy. Imagine her smile; her delight, as she beheld his tiny fingers and toes. The miracle of new life, but not just any life, the birth of the Messiah himself. There was hope for God’s people.

We can be present but out of touch with now-moments, either too consumed with our past or our future meanwhile completely miss the divine present moments happening before our very eyes. Anna sowed into the Kingdom now and today. She was present in the now and discerned the coming of the Messiah by playing her part in building God’s Kingdom leading a life undistracted by her past or surroundings.

Whatever stage of singleness you find yourself, the story of Anna can teach us to live well “in the meantime.” Stav is still living in her past pain and has been rehearsing it for over 25 years now. But we, like Anna, can learn to lament our pain in the presence of God and rise to live towards what God had for her now and into the future.

Joëlle Marie-André Kabamba is an author and Pastor, a passionate social justice advocate, humanitarian for refugees and Asylum Seeker. She is planting a new Church in her city. A deep desire to support singles birthed her latest book, The Unexpected Gift. You can connect with Joelle on Instagram @joelletheauthor.