According to Merriam-Webster, the definition of the word default is “the selection automatically used in the absence of a choice made by the user.”

And if we are honest, most of the time those default responses can be ugly, because they are stemming from our unsanctified and selfish soul.

When life gives us lemons, we can respond with making lemonade or we can throw those lemons at the head of the person who is making our lives miserable. There will be times in our lives when all hope is lost, when all options have been extinguished, and when all doors are locked shut. And in these moments we have a choice. I call them the midnight hour choices.

All throughout the Word of God, we see odds stacked against God and His people. But He never backs down and is never intimidated. This is where He shines the brightest!

One of the best “beating the odds” stories in the Bible can be found in Acts 16. We enter into a scenario where Paul and Silas have been spreading the Gospel and preaching the Word of God. They were totally doing the right thing, and what do they get for it? Prison. Yep! They get thrown in jail. And these aren’t the cushy jails we have today. They didn’t get three meals a day, gym time, and clean linens. These arrangements were far less desirable. 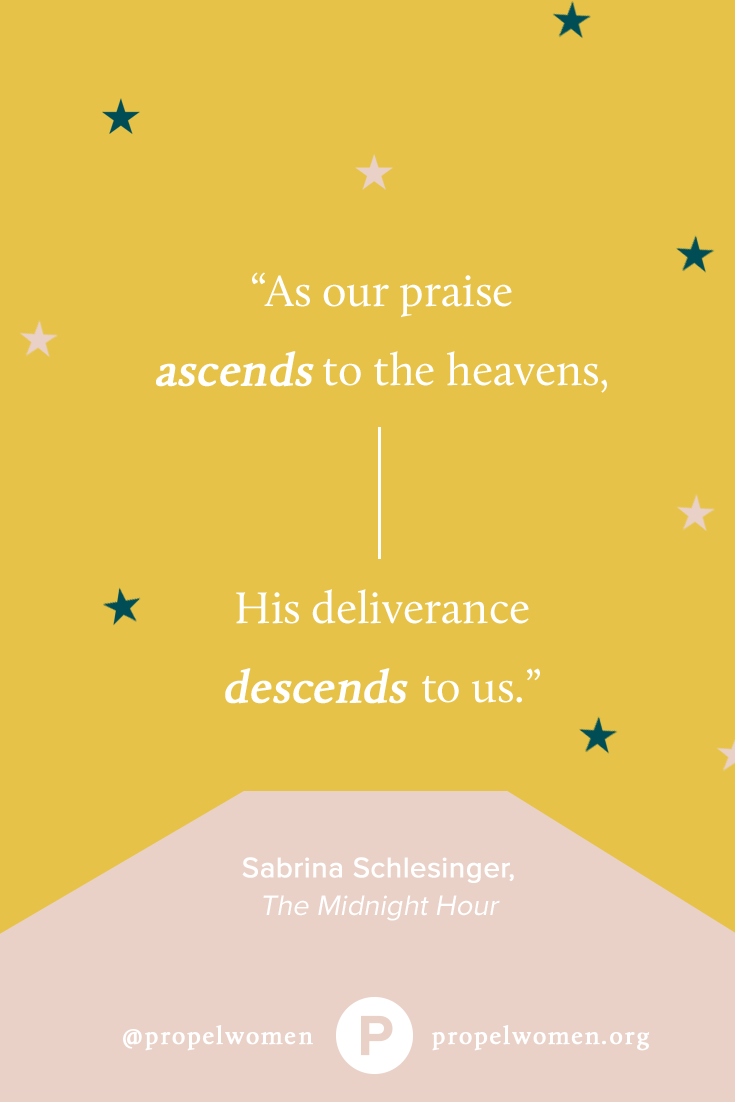 According to scholars who are much brighter than me, these prisons were extremely dark, often causing prisoners to experience major psychological damage. They would often sleep on hard floors. Not even a blanket was provided to cover them. There were no baths or haircuts, resulting in the worst level of hygiene and heads full of lice. They were chained to the walls and surrounded by their own feces. I could go on, but I think the picture is clear. This wasn’t a pleasant experience.

So here we find Paul and Silas, who are chained by their feet in this dungeon. Their jailer was given specific orders to ensure they didn’t escape. And this is where it gets good!

Around midnight Paul and Silas were praying and singing hymns to God, and the other prisoners were listening. Suddenly, there was a massive earthquake, and the prison was shaken to its foundations. All the doors immediately flew open, and the chains of every prisoner fell off! (Acts 16:25, 26 NLT)

In your darkest hour, when you are holding on by a thread, when all hope seems to be gone…He is there.

The midnight hour is not time to close up shop and throw in the towel. It is the time to do only one thing…get your praise on!

Weird, I know! But there is something supernatural that happens when we choose to lift up our voice and release praise to our Savior and King in the middle of turmoil. As our praise ascends to the heavens, His deliverance descends upon us.

And in the midst of you getting freed, remember there are other prisoners (your coworkers, neighbors, family, and friends) listening in on how you will respond. Their freedom is intrinsically connected to your reaction. They will hear and watch how you behave when you are unfairly treated, wrongly accused, and unjustly charged. We can be the victim, and rightfully so. We can kick and scream and make a scene, and no one would blame us for it. Or we can take our cues from Paul and Silas. We can sing our praises to God, getting internally freed first, so we can then be externally free.

After the earth had quaked and their chains fell off, the jailer was about to take his own life because he had failed his mission. But Paul and Silas remained there long enough so this man, who had no doubt mistreated them, could be saved…and he did get saved! The captor, who had brought harm to Paul and Silas, brought them home and began to clean their wounds and give them food to eat. And it didn’t stop there! This jailer not only received Christ, but his entire household heard the gospel and they all got baptized!

Now THAT is one amazing turn around. And if God, who is the same yesterday, today and forevermore, did it then, He can certainly do it now!

So get your praise on! Praise Him for His goodness, faithfulness, provision, and redemption. Praise Him, even though the circumstances around you haven’t changed. Praise Him IN the storm and THROUGH the trial, even if tears are streaming down your face.

He wants to shake the foundations of your struggle. He wants to open the doors that have been sealed shut. He wants to break the shackles that have bound you. And He wants to use every ounce of what the enemy has meant to destroy you to bring the greatest earthquake of freedom to you and all those surrounding you.

Sabrina is a mother to three biological girls and one adopted boy. She is a pastor’s wife, graphic designer, founder of Mom Mentor and the brand new Parenting on the Go Podcast! She resides in beautiful San Diego where the sun shines every day. She prefers chai lattes over coffee, mac-n-cheese over vegetables, and staying in over going out. Check her out on Instagram and Facebook!