The Power of a Waiting Woman

It’s a special time to be a woman.

As a female pastor, I can easily observe that we live in a historical time steeped in opportunities – opportunities for women to make their mark in the world. Glass ceilings are breaking everywhere. She can vote. She can earn degrees. She can be a CEO. She can run for office.

However, there’s one kind of opportunity that is easily overlooked, and it’s been around for as long as humankind existed.

It is the opportunity to wait.

And, of course, no one likes to do it.

Lingering in the doctor’s office is nobody’s favorite pastime, nor is there excitement while being placed on hold by your insurance company. You usually do not feel empowered while anticipating test scores or that job to call you back.

And then there’s another level of waiting that is even more difficult to endure, such as waiting for medical test results, waiting for someone to come back home, or waiting for your heart to heal.

Yet, there’s something supernatural in a waiting woman, namely a woman that waits on the Lord. In fact, biblical history has been significantly marked by them. 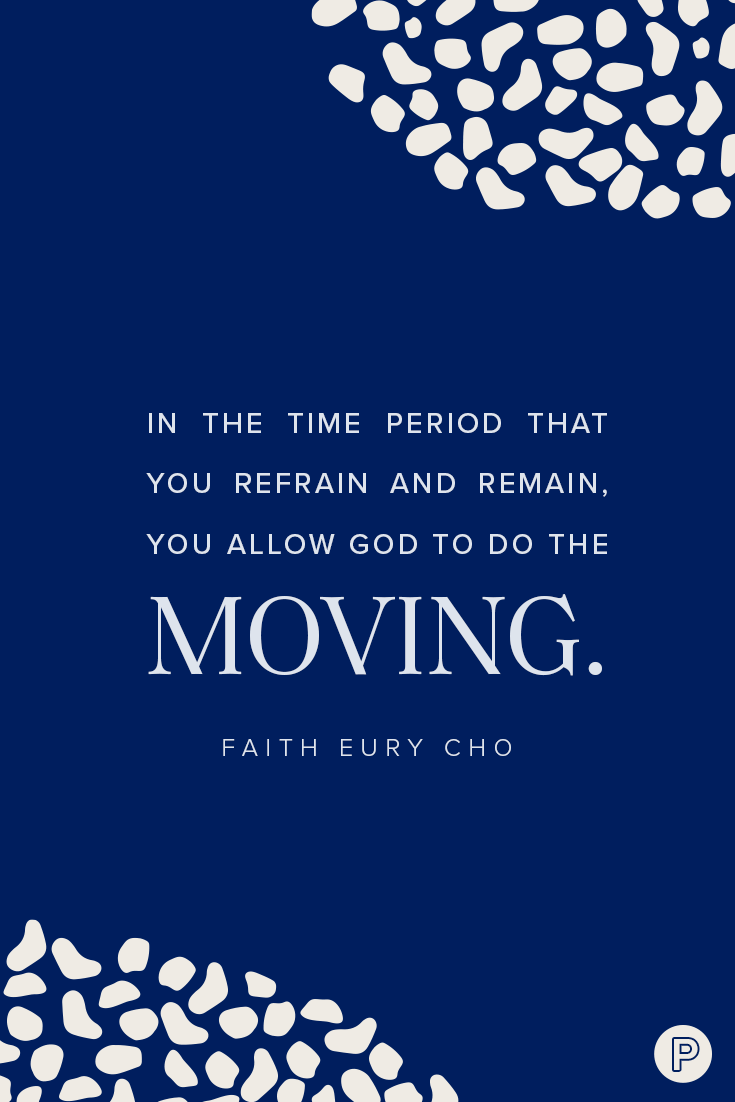 Sarah, the mother of nations, waited for a child.

In fact, so did Rebekah, Rachel, Samson’s nameless mother, Hannah, and Elizabeth – all barren women who were pregnant with a promise. While facing a fruitlessness that was beyond their control, the waiting was not a sign of God’s rejection. Rather, it was a sign that God was up to something bigger than what they were asking for.

These women waited on God, and they saved nations.

Esther, the queen, waited for deliverance.

When faced with the possible annihilation of her people, she did not rush to the foot of the king. She did not heed to the compulsion to run, hide, or fight. Instead, she fasted before the Lord for three days before she approached the king with a slow and steady strategy.

She waited on God, and she made history.

Anna, the prophetess, waited for the Messiah.

She lost her husband after only 8 years of marriage. But, afterward, she dwelled in the temple of the Lord, spending the rest of her years in prayer and worship. She could have pursued to remarry or find other means to make a life for herself. Yet, her ultimate choice was to remain in the temple in anticipation of the Messiah.

She waited on God, and she saw Him.

The common frustration in waiting is that it feels unproductive, passive, and even weak – especially when breakthrough is desperately needed. Sometimes striving and busyness is easier, anything that fills the silence of inactivity with a false sense of peace.

However, there’s great power in waiting.

It actually requires a God-endowed strength to not be moved by pressure or fear, to not go by any timeline other than the one He gives you. Perhaps this is why the fruit of the Spirit is self-control, for waiting requires much of it.

In the time period that you refrain and remain, you allow God to do the moving.

“A horse is a vain hope for deliverance; despite all its great strength it cannot save. But the eyes of the Lord are on those who fear him, on those whose hope is in his unfailing love, to deliver them from death and keep them alive in famine. We wait in hope for the Lord; he is our help.”

The wait is not on man, nor is it on circumstances to naturally turn in your favor. No, the wait is on God. This requires an active spirit, for waiting on the Lord is not the same as merely giving up on trying.

Rather, waiting on the Lord means stewarding what you can do in that season, as you prayerfully contend for the fruit that your heart longs to see.

You cannot control the outcome of chemotherapy, but you can give Him praise.

You cannot determine what job opportunities arise, but you can pray until they do.

You cannot promote yourself to higher positions, but you can still serve and love those that the Lord has placed before you in the moment.

You cannot expedite the season of round-the-clock breastfeeding and diaper-changing a baby, but you can give thanks for the miracle of life until that day comes when you can step out and go back to the dreams the Lord has placed in your heart in seasons past.

Do what you can do and allow God to work His miracles.

Waiting is not an assignment relegated to the neglected and rejected. Rather, as the Bible can attest, waiting has always been for the chosen ones, the ones called to do things that only God can do.

Faith Eury Cho is the CEO and founder of The Honor Summit, a ministry that serves to activate and empower the Christian woman. She is also the co-founder of Abba International, a mission organization that serves to empower local churches to reach the orphans, the unreached, and the poorest of the poor. She also co-pastors with her husband, and, together, they raise four beautiful children. You can follow her at @FaithEuryCho. 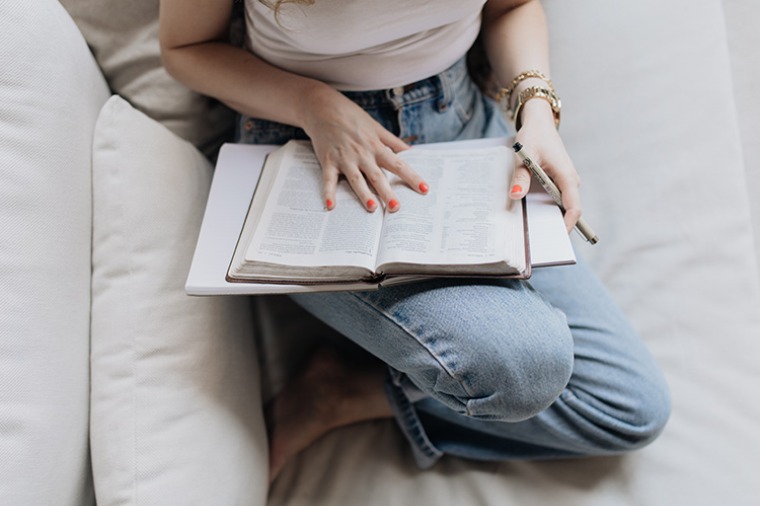 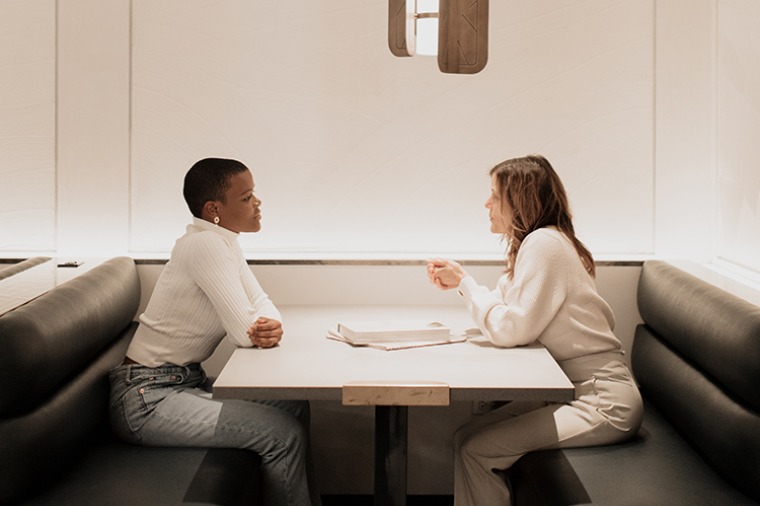 Dear White Friend: That Fatigue You're Feeling Might Be Grief 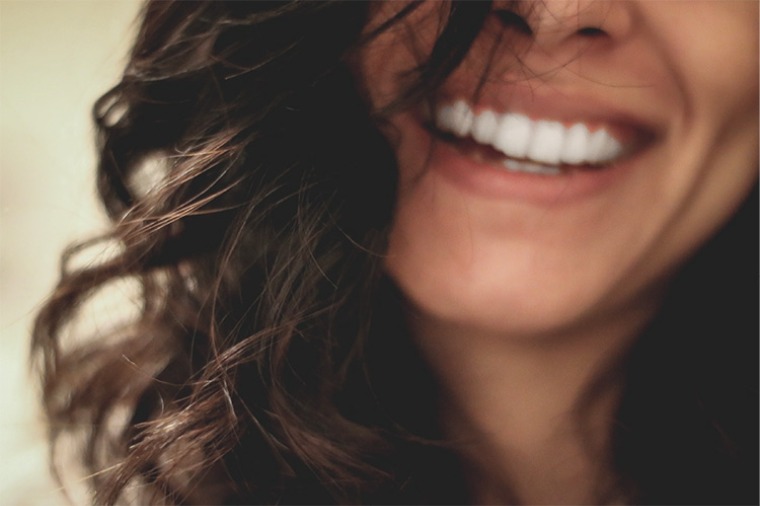