The Problem with servant leadership

Leadership has always seemed kind of romantic to me. For as long as I can remember, I have yearned to be the person up front, the one casting the vision, leading the way, and making the tough calls. No matter the ministry or organization in which I served, I wanted to be one of the influencers.

Over the years, however, I have realized two things about my desire. The first is that leadership is not romantic at all! Not most days. Lonely? Yes. Stressful? Definitely. Leadership isn’t nearly as glamorous as I imagined.

The second thing I realized was that my desire to lead was entangled with selfish ambition. Much of my drive was just a craving for my own glory, rather than God’s. And for leaders, this is a common temptation.

Throughout the history of the church, the allure of acclaim has been referred to as “vainglory” which literally means “worthless glory.” The spotlight is seductive, which is why many Christian leaders fall prey to it, and can even be ruined by it.

So, how do we resist?

One of the answers to this temptation is a concept called “servant leadership.” The phrase was coined in 1970 by a business consultant named Robert Greenleaf. Decades later, Christians adopted the term in their churches and ministries, pointing to Jesus as the quintessential servant leader. 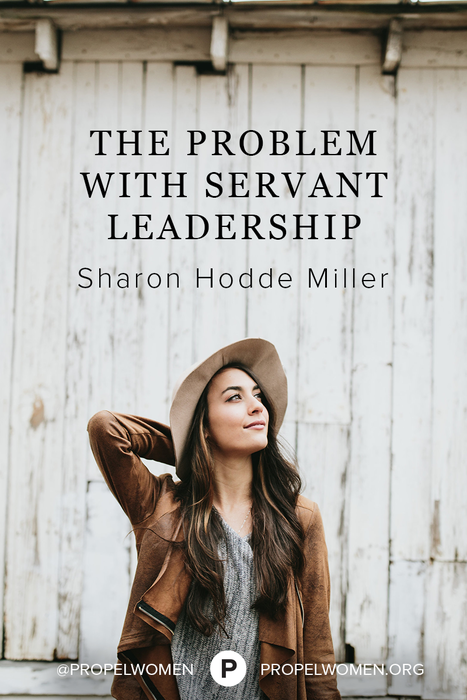 In many ways, the concept of servant leadership is a great way to resist the temptations of leadership, since it flips the mainstream notion of leadership on its head. What better way to keep leaders humble, than reminding them that they’re called to serve? I can certainly appreciate that, but I do so with one big qualification:

Servant leadership is helpful, but it isn’t countercultural enough. It doesn’t go all the way with Jesus.

Sometimes I wonder if the term “servant leadership” makes palatable the grit and lowliness of truly Christ-like leadership. Christian leadership—leadership the way Jesus did it—lowers itself to almost humiliating degrees. It shows love in wholly undignified displays. It takes the arrows first. It suffers first. True Christian leaders lay themselves down for the people they’re leading.

When I think about Jesus’ example of leadership—which is better described as “sacrificial leadership”—I wonder if servant leadership is still too romantic. I wonder if it doesn’t require enough of us.

What, then, does sacrificial leadership look like? Based on Jesus’ example, as well as the example of godly leaders in my life, here are four practices I’ve observed:

Jesus, being in very nature God, did not count equality with God a thing to be grasped, but humbled himself and took the form of a servant (Philippians 2). For Christian leaders, this is the answer to our pride, and the shape of our call.