The Untouchable Myth: How To Flourish by Admitting Weakness

Sitting around a large conference table with ladies I had worked with for many years, tears streamed down my face and my heart beat so hard it felt like it could burst out of my chest at any moment.

These were women I admired and I knew I was about to disappoint them. I had fallen so far; certainly further than I ever imagined and all because of a moment of moral failure.

Flashback to my early twenties and that eager Christian girl I was. Eager to be uncompromisable, undaunted, but more than anything, untouchable. I set out, fresh in ministry and working at a megachurch, to build the Kingdom with purity and passion.

I sought mentors, was at church every possible moment, and read as much as I could. In that incubator I learned a lot to which I am grateful. However, there was something missing that only post-failure I’m able to put my finger on--which I now call “the untouchable myth.”

I had a list of things I’d never do; a list I adopted from mentors, friends, groups, teachings, and the Word of God. I would never drink. I would never cheat or steal. I would never have sex outside of marriage. The list went on. I put the possibility of ever compromising or giving in to these temptations completely out of my mind. “I would never” and so I never thought about it. But that was my biggest mistake.

Because I never accepted the possibility of compromise, I never properly guarded myself and established the boundaries I needed to avoid the very things I said I’d never do. As a result, while in my first serious relationship, and at the age of 25, I had sex outside of marriage. 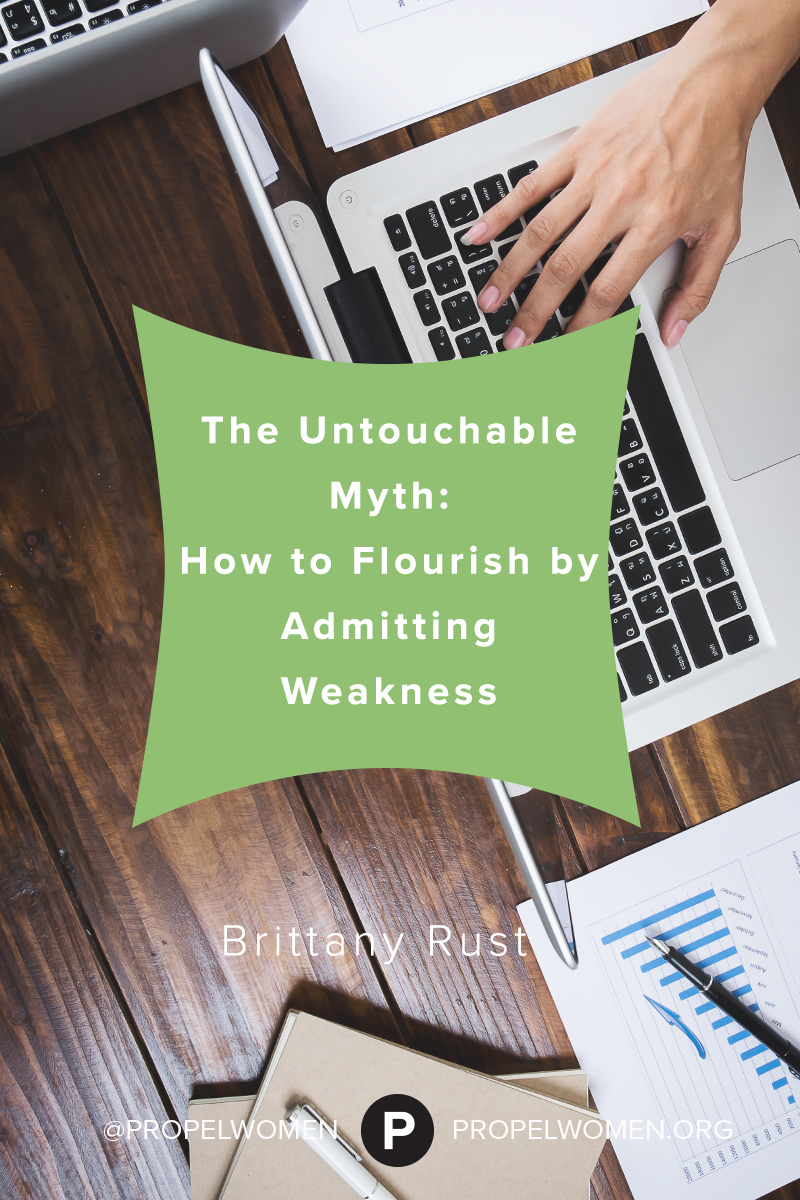 The aftermath of my moral failure was messy; I went through church correction and had to step out of church ministry altogether. With that went the speaking engagements, the writing opportunities, and the part I played in building the local church.

My boyfriend and I broke up as well. I personally felt I carried a scarlet letter for all to see, and relationships and trust I had with others was damaged. Dreams were lost and I entered the darkest and most painful season of my life.

Looking back, I see how my story echoes that of Peter’s a bit in Matthew 26. On the night Jesus was arrested he tells his disciples that they will deny him. Peter speaks out but what he really does is rebuke Jesus. He tells Christ that he’ll never deny him; even if he must die with Christ he will be there until the end.

That night Peter does the very thing he said he would never do. Three times Peter denies Christ, each with greater emphasis--the first with a simple denial, the second with a swear, and the third with a curse. It isn’t until the rooster crows, as Jesus foretold, that Peter even realizes what’s happening.

I relate to Peter here in that I didn’t realize I was vulnerable and indeed going in the very direction I said I’d never go in until it was too late. Still consumed with the idea that compromise wasn’t an option, Peter and I both walked right into what we said we’d never do. We weren’t untouchable like we thought we were. In fact, because neither of us understood our vulnerability we were not prepared for the temptation.

When Jesus told Peter he would deny him Peter’s response could have been different. Instead of rebuking Jesus, Peter would have been better off asking him how he could guard himself. He could have accepted the possibility, and allowed Jesus to give him insight into how he might be faithful in the face of temptation.

When people told me to be pure, I should have been open to the possibility that sexual temptation was an option, and asked for insight on how to remain pure. How do I, when presented with the possibility, hold firm and not waver. Instead, I agreed to a list of things I’d never do and bought into the untouchable myth without a second thought.

By not admitting weakness we leave room for it; by believing we are untouchable we become vulnerable to failure. Truth is we’re all more impressionable than we’d like to admit.

Not only because you are a believer, but more so because you are a leader, the enemy places a target on you. You can block the possibility of moral failure from your mind and remain vulnerable to his attacks, or you can accept that you are not untouchable and take an active part in preparing yourself.

The armor of God according to Ephesians 6:10-17 is vital to our livelihood; in order to stand against the enemy's schemes, we must wear it and make a choice daily to actively put it on. As a leader and believer, properly prepare for temptation and set up the necessary guardrails in every situation.

It might mean including your spouse or assistant on email exchanges with the opposite sex or never being alone with a male co-worker. It might mean putting restrictions on your web browser or work credit card.

I’m so thankful we serve a gracious God. He brought me through a season of restoration after my own fall, and redeemed what was important to me in the most beautiful ways. That man I failed with is now my wonderful husband, but it took us many years to work through the baggage.

God has restored my dreams in ministry when I thought for a long time I’d be useless to Him after my sin. He restored Peter as well, using him to be a pillar in the early church and a vocal proclaimer of the Gospel, even to his own death.

Friend, you are precious to the Father and important to the Kingdom of God. My prayer for you is that you’ll admit that you are not untouchable. Put on the armor of God daily, and watch God use you in ways you could never imagine!

Brittany Rust is a writer and speaker. She also has the privilege of serving on staff at Red Rocks Church in Denver, Co. She and her husband Ryan make their home in the Rocky Mountains. Her website aims to supply encouraging resources for the world-wearied believer. You can also connect with Brittany via Facebook, Twitter, and Instagram.