Life can sometimes feel like it’s spinning out of control.
A few years ago, I reached that point. Work and responsibilities were my idols, and my health and joy were taking a hit. I was diagnosed with an autoimmune disease, raising a young child, and building a business. Juggling my daily responsibilities felt increasingly difficult. Impossible, even.

Although I was raised in the church by God-fearing parents, the Sabbath was the only one of the ten commandments that was willfully ignored. Instead, we ascribed to the all-American virtue of hard work. Rest was a luxury, and so nonstop activity became a way of life.

But here I was, rapidly losing control of my life, and it terrified me. I was living a severely unbalanced lifestyle, yet received no signals from society or my community that this was abnormal.

But God had something better in store for me.
The turning point was when I studied the life of Moses. Here was this bold leader, given the best royal education the ancient world had to offer. Yet it was God's laws he cherished. Moses knew these laws were a gift to help Israel flourish. And here I was, thinking my modern life had no use for a commandment divinely etched onto a stone tablet.
Even Jesus' words were reminding me that something better was waiting for me.

"Come to me, all of you who are weary and loaded down with burdens, and I will give you rest" (Matthew 11:28).

So to him I went. 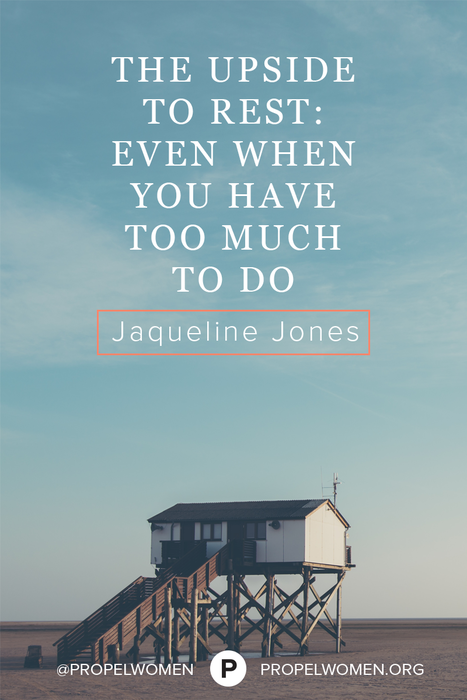 I’ve had to learn how to “do” Sabbath, as I have limited experience with it. Work and household projects are finished up the night before, or left until the next day. For our family, it's a day of intentional rest and fun that brings us closer to each other and to God. We all look forward to it.
Keeping the Sabbath has had other, unexpected, benefits. I now jump into Monday mornings rejuvenated and genuinely excited to get back to work. The positive change in my productivity, health, and family balance is undeniable.

It sounds too good to be true, but history has its own warnings for those who ignore weekly rest.

Post-revolutionary France found itself in a predicament when they ditched the seven-day week. They adopted a ten-day week, meant to signify the triumph of the rational man over outdated religious convention. Squeezing a few extra days of labor out of the working class would be an added economic benefit. But it quickly became clear that this extended work week was unsustainable. The farmers, laborers, and regular working folk were worn out! Once Napoleon became emperor, the seven-day week was reinstated, to the relief of an overworked and exhausted public.

The unavoidable conclusion is that we need rest. God knows that. We just forget it sometimes. The weekly cycle of work and rest is uniquely suited to our biological needs.

I haven’t abandoned my commitment to hard work. After all, "A hard worker has plenty of food, but a person who chases fantasies has no sense" (Proverbs 12:11).

But I praise God for the lesson I learned through my blindness and arrogance. “It is good I was humbled, for I learned to keep your statutes” (Psalm 119:71).

By trusting in God’s wisdom, he has provided for me in a way I never thought possible. The questions I thought God’s Word was inadequate to answer were, incredibly, provided by a loving and generous insight from the God of Israel thousands of years before I was born.

God’s guidance isn’t a burden. It’s full of blessing and goodness and wisdom.

All I had to do was humble myself enough to accept his gift.

Jaqueline is the green beauty fangirl and consumer advocate behind The Beauty Proof. She's the mother of two young daughters and probably has spit-up on her blouse right now. You can connect with her on Twitter or Facebook.