There's Power WIthin You

A woman’s influence over her environment dates back to the beginning of time. Eve’s ability to persuade Adam to eat from the forbidden tree is a tale that's been told for thousands of years.

Many women have allowed the mere thought of pain in childbirth to be a point of contention that they will one day take up with Eve, should heaven allow such a thing. While we know that it was ultimately Adam & Eve’s disobedience that caused God to cast judgment on them, my studies have identified another issue.

Eve did not recognize her power.

It was in the sway of her hips, the curve of her smile, and the sweetness of her words that she was able to convince a man who knew better to go against what God said. Adam’s response to God reveals the culprit from his perspective “the woman you gave me.” The woman God gave Adam influenced him to go against God.

What if Eve would have been born knowing her power? What if she realized that she was not created as a lesser being, but one full of internal power and strength? What if Eve was capable of realizing that she could and would change the world?

What if you realized it?

I was not born with this innate knowing that I could be a force. I stumbled into unstoppable. 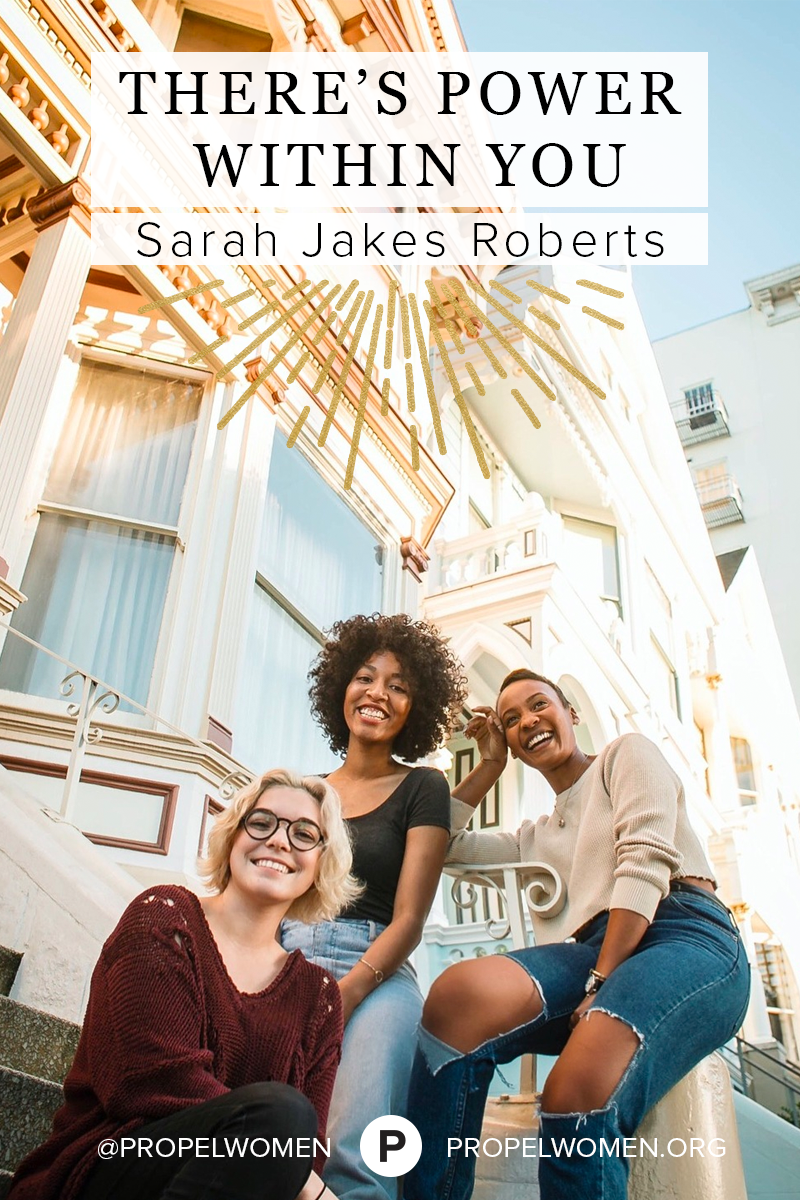 No, I started much like Eve in a garden of naïveté tempted by forbidden fruit. I indulged in the forbidden until it ended in heartbreak. I tasted enough salty tears to fill an ocean. It wasn't until I hit rock bottom that I realized every pain I experienced were the perfect ingredients of promise.

I don't know where you are on your journey. Maybe you were born knowing like so many women I know or maybe you've been struggling to believe like me, but I know there is one universal truth that exists for us all: your life is a seed.

When Eve was busted red handed and God began to pass out his judgment He did not just give Eve pain, he also gave her a promise.

Certainly, there would be moments when Eve may have wondered how her promise would be delivered. There's no way she could have known that the joy she later discovered was only just the beginning. The Promise that existed within her would last for generations upon generations.

That rhythm of that promises heartbeat is the undercurrent of every woman.

It is the beautiful defiance we demonstrate when we feel our worlds are being threatened. That heartbeat is a reminder that the strength of a woman is not diminished by the mistakes she's made or the hurt she's felt, no a woman’s strength comes from the depths of her soul.

When adversity surrounds, a woman’s strength is wrapped in glory and made to shine.

Every now and then we must remind the world and ourselves of our strength. For some it may happen with public protests, for others strength arises when kissing the head of her baby after a long day’s work. For me, it came when I chose to believe that life could still be sweet even after it had been bitter. When I chose to love my scars and embrace my flaws I learned that a life of being unstoppable would await me.

Never be fooled into believing your worst days will define your future.

Every brick life has ever thrown at you was meant to be used as a tool to build an unshakeable tomorrow. I pray you step into your promise and never look back. All that exists of the past are the lessons that will help you master your present and perfect your future.

Sarah Jakes Roberts is the daughter of megachurch pastor, bestselling author and film producer, Bishop T.D. Jakes and Mrs. Serita Jakes, author, media personality and business executive. Alongside her husband, Touré Roberts, Sarah pastors a dynamic community of artists and professionals at their church One Church LA in Hollywood, CA. Together they have five beautiful children and reside in Los Angeles, CA.