three things to remember when leadership fails us

I found myself slouched on the floor in my tiny bathroom sobbing, while replaying the moment in my head over and over again. A friend of my family was in town speaking at a major event that evening. I made a point to go hear her, though I was exhausted from a long week with little sleep. At the end of the night, I worked up the nerve to go say hi, which meant I had to say hello to several people awkwardly just to get to her. By the time I made it to her, my anxiety was on high and my social cues were on low.

Unfortunately, no one I said hello to was privy to the fact she was a close family friend, so when I asked her if she was pregnant as my opening line, they were dumbfounded. The family friend knew me well, so she laughed and saved the moment by asking me about my life. After 15 minutes of catching up I went to leave, only to see the group had disappeared.

Later, my friend who had tagged along with me told me how furious the leaders were at the situation. Needless to say, I was mortified. I knew my “uncouth statement” was the talk of the group by the looks and standoff nature I was receiving in the weeks following.

I was devastated. Not only was my “people pleasing” bruised for disappointing people I valued, but I also didn’t know what to do when I felt hurt by people leading me that I trusted. I was used to mentors sitting me down and asking what was going on in a conversation and seeing the best in me. 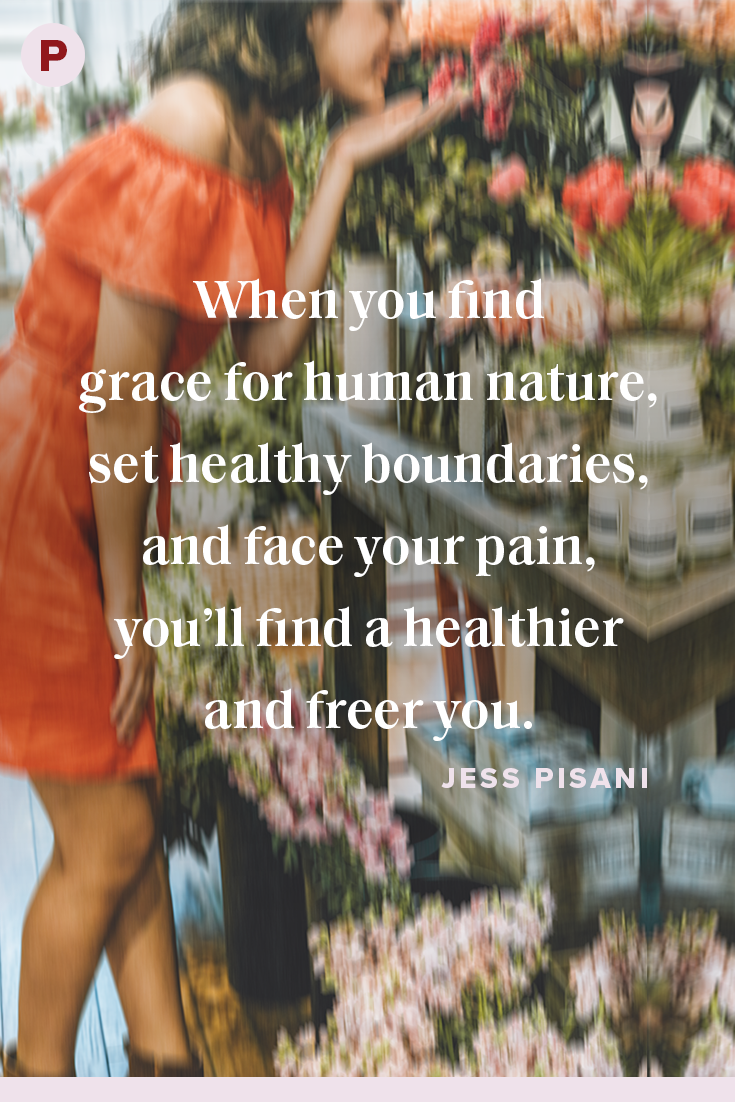 Instead, my heart hurt in a space I felt like I was supposed to feel safe. I was trying to keep a good heart, but the hurt would bubble up all over again when something new happened that wounded my heart.

It has taken time, but I’ll say I’ve learned a few things from those kind of moments that led to more freedom in living life.

1. I had to learn how to see leaders in their humanness. Scripture is riddled with leaders who missed the mark. Leaders are held to a standard I couldn’t even uphold. I changed my perspective to remember that they, too, are on the journey towards perfection, but aren’t there yet either. (I know, shocking!)

2. I had to learn how healthy and important boundaries are, especially as a people pleaser. It’s an addiction you know – people pleasing. It’s that urge to say ‘yes’ to not disappoint someone or tarnish their view of you. Creating boundaries according to conviction, kindness and intention goes a much longer way than saying yes to everything. It's something I am still learning. Scripture says this in 1 Thessalonians 2:4, “For we speak as messengers approved by God to be entrusted with the Good News. Our purpose is to please God, not people. He alone examines the motives of our hearts.”

3. The hardest thing I’ve had to learn was to let my heart break when it is hurt. I thought most of my life that if I just held it together, plastered on a smile and believed for the best, it would be just fine. But at some point you’re going to want to feel more than the dull simmer of just fine. It starts with facing wherever the pain is stuffed. Facing pain is a part of the process. It’s not a weakness. It’s not stepping backwards. Nor will it break you to a point of no return. Here’s the truth: when you find grace for human nature, set healthy boundaries, and face your pain, you’ll find a healthier and freer you.