Train Before the Race

Leadership isn’t easy. Sometimes it feels impossible. We can feel debilitated by our circumstances, inadequate for our callings, and afraid of saying the wrong things. Sometimes it feels less like we are running the race mentioned by Paul and more like we are stuck on the cyclical hamster wheel of “desire to do” and fear of doing it wrong.

But... perhaps, we’ve been viewing the race all wrong.

Perhaps, in our sitting and waiting, in the less Instagram-worthy moments of weepy prayer, confused listening, and hidden communion with God, we are leading even more than in our praised public work.

In Scripture, Paul mentions running a race—and later winning a race—but he also mentions training. No runner can successfully complete a race worth mentioning without putting in the training necessary to compete. No person will be a leader worth following without first putting in the work of listening, learning, and personal development.

Let’s look at a literal race for a second. To train for a marathon, most runners engage in a 16-week program to participate in a one-day race. 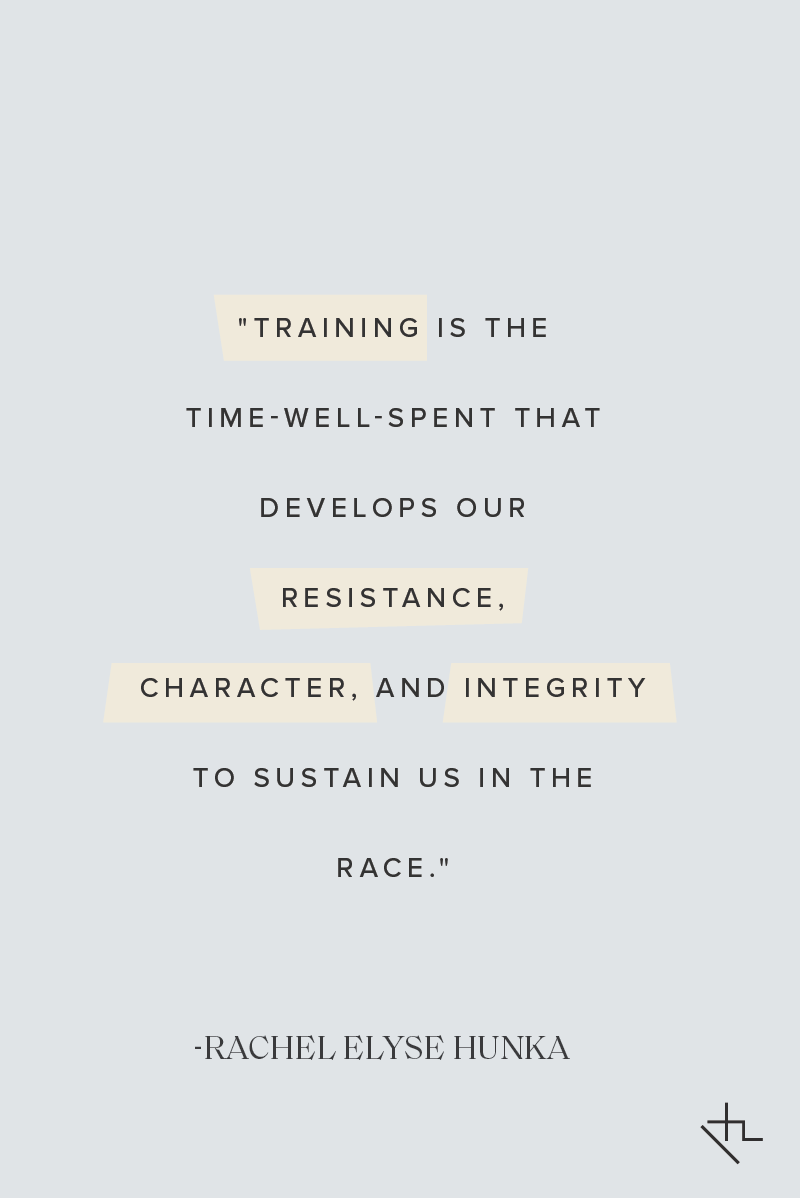 That 16-week program makes the assumption that a person has a starting ability of being able to run 5 kilometers, or 3.2 miles, upon beginning the program. If someone is starting from scratch, there is another 6-weeks added to his or her marathon training to reach the point of endurance to run that beginning distance. So, in total, an average person is looking at 22-weeks of preparation for a one-day race.

When Paul uses this illustration of running a race, he knows we are putting in the work beforehand. Paul himself spent nearly 14 years preparing for ministry before his public work began! The Apostle Paul is under no illusion that any of us are starting out ready to run a steady, solid race. To run and win a race assumes dedicated, diligent, persistent training; training that occurs when no one else is watching, and when the blisters turn to callouses and grit is found.

It is in these sacred moments of training that our spiritual endurance is built. These moments of quiet listening, observation, and small risks are the moments that define who we will be as leaders in the long run. Training is the time-well-spent that develops our resistance, character, and integrity to sustain us in the race.

So let’s be these leaders.

Let’s be leaders who can finish well instead of quitting when the race gets too hard.

Leadership isn’t easy. But when we train well, great leadership is possible.

Rachel Hunka is a speaker and writer, contributing content for Stadia Church Planting and Bloom: Women in Church Planting. In her hometown of Canton, Ohio, she helped launch the ONE Center for Leadership and planted 3rd Street Community Church with her husband, Corey. Rachel is a proud girl mom and is passionate about Kingdom diversity and reconciliation. You can keep in touch with Rachel on Instagram and her website.