I remember the moment I stepped into the building. The building where everybody was rallying to prepare to walk. It was a flurry of black shirts and faces of every shade and color. The atmosphere was buzzing with determination. The kind of determination that made me acutely aware I was surrounded by individuals who expected this day to matter.

I had seen the posts, I received the emails, and I had made the choice to join, but nothing could have prepared me for what it felt like to be amongst it.

When I read the story of a victim named Anna for the first time, I was overwhelmed that human beings were being bought and sold globally, and I knew I couldn’t remain dormant. But what I didn’t know was that there were thousands of individuals just like me. Thousands of people who had heard the stories, read the statistics, and made a conscious choice to do something about it.

A21 called them abolitionists. People. Everyday people. Who believed they would end slavery.

Here I was, amongst them. I had almost unknowingly engaged with a community of people who had arrived here today to shake the very foundation of slavery. To reach every corner of the globe, one step at a time.

As the leader began to speak vision and passion into the microphone, I could feel the expectation rising. She spoke of a day that exists to turn awareness into action. She explained A21’s vision to outwardly express the inward desire to free every single slave on the planet. 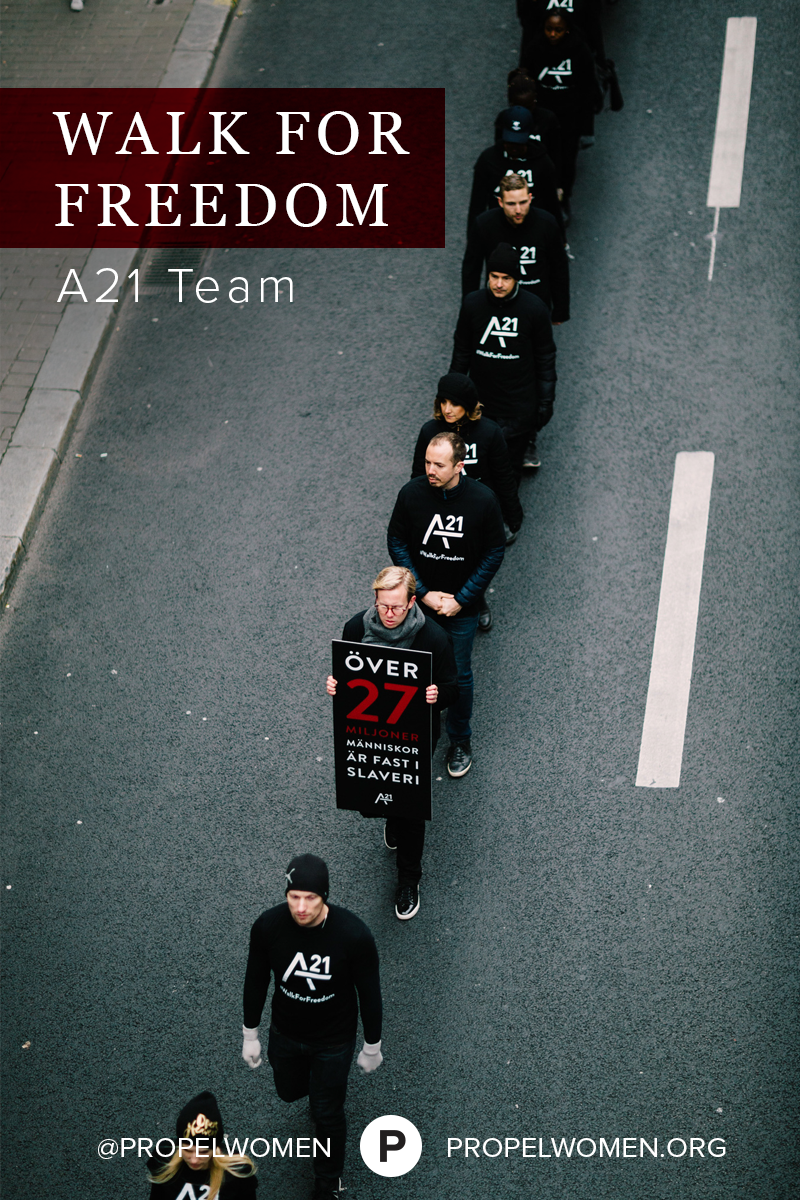 As she painted a picture of thousands of abolitionists walking, just like us, in that very moment, all over the world, I knew we were taking ground. For the first time in my life, I was convinced that I was a part of something so much bigger than myself.

We put tape over our mouths, we laced up our shoes, and we marched. We marched through our city with a silent message that there are millions of slaves, and we won’t stop until everyone is free. It wasn’t just a walk. It was a purpose.

As we made our final turn back toward the venue, I sensed a shift in my heart. A belief in my ability to create a change that I didn’t know I carried two hours earlier.

The new abolitionists are here.

This year on October 14, thousands will be gathering in hundreds of cities around the world to take a stand for the millions of slaves in the world today.

Join the movement. Bring #WalkForFreedom to your city by registering to host a walk today: A21.org/Walk