When People Get On Your Nerves & Under Your Skin

Each day we witness a people parade. Whether in person, online, or on a phone screen, the people procession marches by.

You see your spouse, or maybe a roommate, first thing in the morning. Next, perhaps a child crosses your path in need of a little breakfast or the elderly stranger on the subway needs you to scooch over so he can have a seat. Later, your phone does a buzzing ballet on your desk, alerting you to a friend’s text message. Another swipe of your phone screen again reveals more relationships — from church, family, and life.

While interacting with many of these people often causes a smile to materialize on your face, at other times one or more of the people causes you frustration, irritation, or tempts your eyeballs to roll clear up to the ceiling and get lodged up in your brain. These folks have personalities that clash with yours. Or, their polar-opposite way of processing situations and making decisions seems oh-so-backward from how you attack life.

These differences can cause a sense of tension to hang thick in the air when you try to keep your cool. Or, at worst, they may lead to a verbal exchange that is unpleasant at best, when you allow your irritation to surface and show itself.

When this happens, I pull out a little Bible verse I’ve tucked away in my mind for such times as these. “Good sense makes one slow to anger, and it is his glory to overlook an offense,” Proverbs 19:11 (ESV). 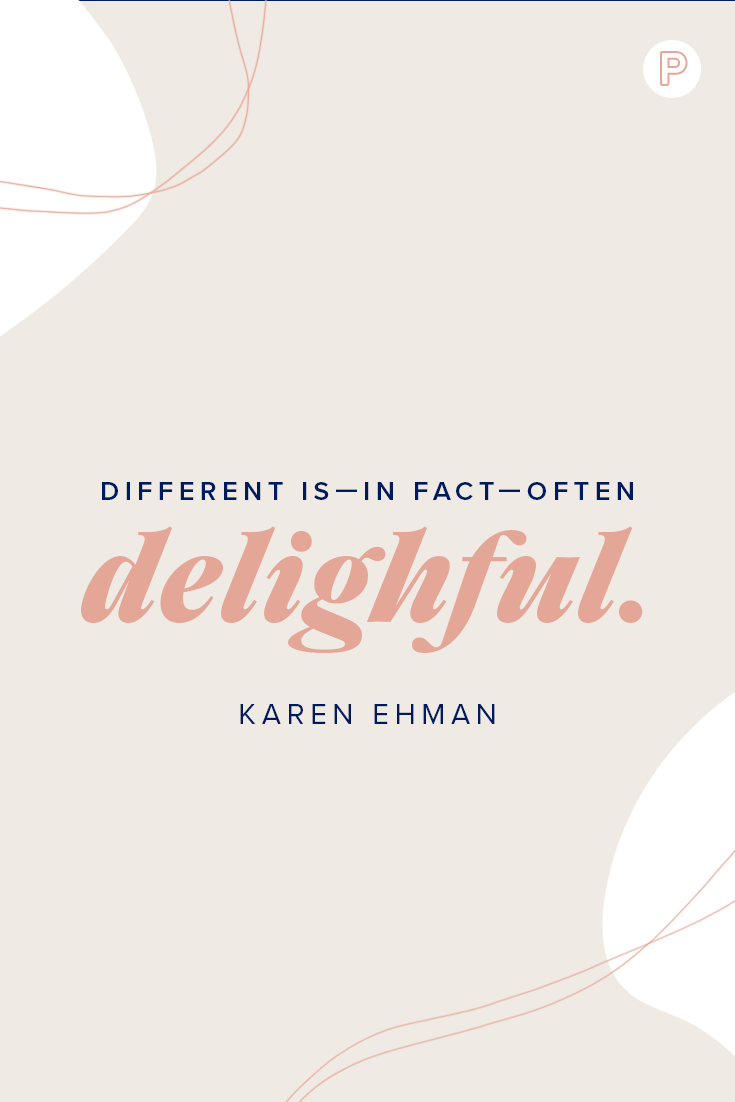 I am not saying that this verse is a spiritual panacea that suddenly banishes my wrong thoughts, that later might lead to bad behavior. However, it does remind me that the right — and righteous — thing to do is to cut some slack with others who might behave in a way that bothers or even offends me.

Recently I was catching up on the news when I saw NASA report some startling findings. After spending almost a year in space, one of their astronauts, Scott Kelly, had an unusual change in his body: his DNA had actually altered.

Kelly has a twin brother named Mark. The two men exhibited matching DNA before the trip to space, but now their DNA no longer matches. When the genetic matter of the two was compared, it was discovered that 7 percent of Scott’s genes had changed. When tested two years following his return to our planet, those genes still had not returned to their normal state. NASA stated that the excursion’s 340-day stay was considerably longer than a typical six-month deployment to space. It was known that a person’s genes may slightly change while they are in space. What was surprising is that his genes stayed altered. Somehow spending a long time in the heavens changed Scott at his very core.

When dealing with people in our lives whose personalities clash with ours, we may think we can never develop new habits or make progress in our verbal exchanges with them. Perhaps in the past we’ve allowed their behavior to get on our very last nerve and then, we lashed out. Or maybe we aren’t the sort who gets visibly angry; instead we let our displeasure well up inside and come across in a classic case of the silent treatment, giving them a cold shoulder so icy it can freeze boiling water.

When we’ve developed a repeated pattern of interacting with our beloved over the years it can become part of our relational DNA. It is ingrained. Entrenched. Our frustration grows as we bemoan the fact that we can never change. And it’s true. We can’t. Not on our own.

We can only change the same way that Scott Kelly did—by spending time with our minds and hearts in heavenly places. We do this when we allow the Holy Spirit to infuse our souls with Scripture—studying God’s Word and aligning our behavior with what it teaches us.

God’s word can help us to …

Give the benefit of the doubt.

Listen before lashing out.

Understand that different is not wrong.

And ultimately act in love.

In other words, accurately display the gospel to the person standing in front of you—a forgiving, grace-giving, patient portrait of Jesus.

So how about it? Is there someone—or a few someones—in your life who gets on your nerves or under your skin — or maybe even both? Does your response to their conduct leave no doubt about your level of frustration? Well, how about we try a new approach: intentionally overlooking irritating behavior? Yes, that means we keep our cool. Don’t say a word. Smile instead, and love despite.

Will you join me in thanking God for the people in your life who at times drive you bonkers? Rather than our differences driving us crazy, instead may they drive us all straight to our knees.

Karen Ehman is a Proverbs 31 Ministries speaker and a New York Times bestselling author of 14 books including the recent Keep Showing Up: How to Stay Crazy in Love When Your Love Drives You Crazy. Married to her college sweetheart and the mother of three, she enjoys cheering for the Detroit Tigers and feeding the many people who gather around her antique farm table for a taste of Miss Karen's cooking. Connect with her at karenehman.com.