When You Don't Want to Forgive 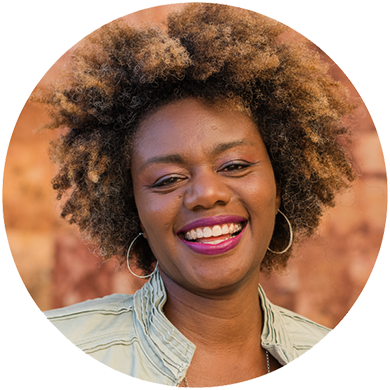 Forgiveness is supposed to be a blessing, but sometimes it feels burdensome.

Several years ago, a leader in my community called me into her office, positioned herself across from me, and began an interrogation. Someone had led her to misinterpret something I’d said, and she conjured up a dark tale casting me as the villain. She used concocted evidence to condemn me and was convinced I should be heavily penalized. I was blindsided and stunned by her false accusations. I greatly admired and respected this woman, had often spoken highly of her, and had even tried to emulate her. I was brokenhearted—paralyzed—by the perceived joy she took in tormenting me from her position of power.

As she spewed threats, I cried excessively. Drained, deeply wounded, and bewildered, I dragged myself home to my one-bedroom apartment. Alone and sulking, I began sobbing out a prayer—a prayer for VENGEANCE! I prayed, “God, how are you going to get back at her for what she did to me?” But there, in the midst of my excruciating, suffocating pain, where murderous thoughts tasted like sweet justice amid bitter tears and hurt permeated the ugly parts of my humanity, God’s sweet presence gently interrupted: “You can forgive her.”

I wish I could tell you that I instantly expressed gratitude to God and my desire for retaliation was resolved. Nope! Instead, I was offended that God would speak of forgiveness while I was in so much pain. I wanted the woman who had wronged me to suffer. I wanted her fired, not forgiven.

The wound seemed too massive to ever heal. The pain felt embedded in my psyche. Anger was infused into every part of my soul. I knew forgiveness was in my best interest, but my pain screamed, “NO WAY!” I wanted to be free of the overwhelming resentment I felt toward her. But it didn’t feel possible to recover from this kind of relational destruction or break free from the bondage of bitterness that entangled my soul.

Choosing Fight or Flight Over Forgiveness

The path to forgiveness was exhausting. I felt like I was wrestling a prehistoric, octopus-like creature. I was overwhelmed by its enormous grabby tentacles that squeezed and sucked the life out of me. The more I fought to forgive, the more I felt the sting of unforgiveness and shame.

Plus, it didn’t seem fair or logical that I had been burdened with the responsibility of forgiveness. But what felt like a burden was actually an invitation to know God’s love in the form of patience, compassion, commitment, and consistency.

Our culture of instant gratification has taught us impatience. We don’t know how to persevere in navigating interactions with those who wound us. When your soul has been deeply injured, you want immediate relief from the pain. You don’t want to have to figure out what to say the next time you are in the room with that longtime, trusted friend who betrayed you. You don’t want to have to continue working under the revered leader who spiritually abused you. You just want to detach from the source of your pain. The desire to flee is understandable because it is a natural psychological response of protection. I’ve been there. But disengaging from the abuse and source of pain is not the only necessity for healing.

When avoidance isn’t possible and relief from your pain isn’t immediate, remember that you have been graced with time. Over time—and I mean many, many years—the unforgiveness monster loosened its choke hold on me. Little by little, its tentacles released their grip. The change was so subtle, so gradual, I almost didn’t realize it until I realized I was no longer feeling tormented.

Forgiveness did not come through an apology. Forgiveness was not ushered in by a reconciled relationship. But in that place where the hurt stuck to me and I staved off forgiveness, God met me, stayed with me, and sustained me.

More than a prescribed forgiveness formula, I needed time. God met me in my stifled unforgiveness and gifted me with unhurried space to heal. God stayed with me, and together we cultivated seeds of forgiveness that needed time to take root and blossom.

We live in an imperfect world where hurt is inevitable. Like you, I certainly do not welcome the pain. But I know that even though I am going to encounter people who, whether intentionally or unintentionally, will hurt me, I can trust God with my heart. Our patient, compassionate, committed, consistent God will hold my assaulted and bruised heart and nurture me until I feel whole again.

You can trust God with your heart too.

Lucretia Berry is the creator of Brownicity.com. She is a wife, mom of three, and a former college professor, whose passion for racial healing led her to author What LIES Between Us: Fostering First Steps Towards Racial Healing, and speak at TEDx Charlotte and Q Ideas Charlotte (2017). She is a contributor to (in)courage’s latest book Come Sit with Me: How to Delight in Differences, Love Through Disagreements, and Live with Discomfort, from which this article is adapted.