"The only thing necessary for the triumph of evil is for good men to do nothing.” ~ Edmund Burke

This stirs something in me so deep. And it reminds me of Judges 5:7 that says, “There were few people left in the villages of Israel–until Deborah arose as a mother for Israel.”

Here we find the people of Israel once again turning from God. They were experiencing harsh treatment from their enemies and living in fear of their oppressors. In fact, all of the warriors were refusing to go to war! No one was doing anything… until Deborah arose.

It makes me wonder what will happen when I arise? And when you arise?

Because when a mom gets up, stuff happens, folks!

But so we are clear, the world doesn’t need another entitled woman who is fueled by bitterness and demanding her rights. No, the world needs some Deborah’s.

And don’t get me wrong; Deborah wasn’t a weak woman by any means. She was confident, courageous, assertive, and knew she was CHOSEN. She was also submissive, had her ear tuned into hearing the voice of God, and leveraged her influence. This is the kind of women our world needs today! 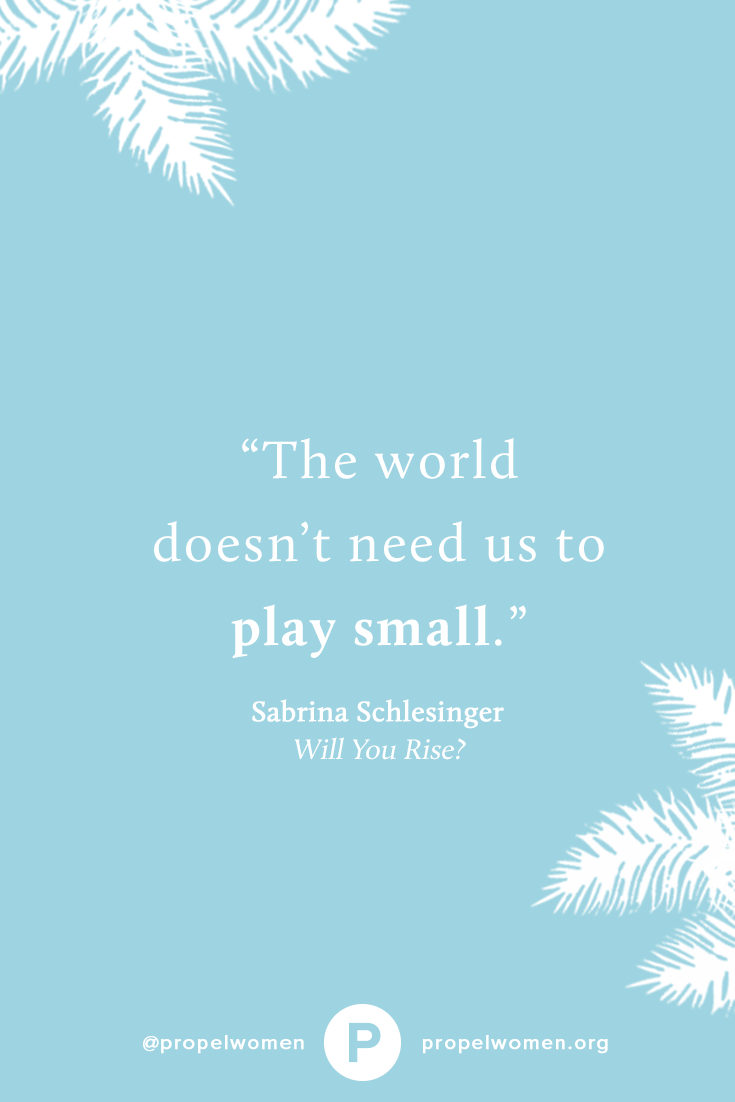 She is in the great cloud of witnesses that Hebrews 12 speaks of, cheering us on even now! She carried her cause, she fought her fight, she finished her race, and now she is championing you and me to run ours.

I think if Deborah were to come out of the stands and sat down with us over a cup of coffee, she would tell us two things:

She had more than knowledge; she had the ability to know what to DO with the information and facts. And we need that, don’t we? We are in some tumultuous times in our day. Left is right, up is down, and right is wrong. If we were ever in an hour where we needed voices of wisdom to speak up, it is now!

We need women who will…
• Give direction to a generation that has lost their moral compass.
• Speak truth and life that will shift and shape the culture in which we live.
• Fiercely guard their tongues from tearing others down and use their words to put courage into those around them.

With her words, Deborah activated an entire army to remember who they were and who was on their side. She infused them with grit to become warriors again and to come out from the shadows of fear and intimidation.

And she is reminding you that you have been appointed a sphere of influence. It doesn’t matter how big or small it is, it only matters that you speak God’s wisdom and courage into those He has assigned you to.

By nature we are seed carriers. We are multipliers, nurturers, and life givers. And as beautiful and powerful as those things are, that is not all we are.

Deborah would remind you that you are a fighter. In fact, I don’t know of anyone more scary than a mother whose children are being threatened. What is that? That is the warrior inside of you, who will sacrifice life and limb for the protection of their babies.

The world doesn’t need us to play small. Our family, church, and city doesn’t need us to shrink down. They need us to rise! To roar at the enemy who is devouring our young, to wage war against every foul thought, mindset, and stronghold that is set on taking down the next generation.

Will we take Deborah’s stance? Will we choose to be prophetic over being popular? Will we do what is necessary, even at the risk of our own lives?

Maybe for you it looks like standing up for unborn babies, or fighting for those girls and boys who are being trafficked all over the world. Maybe it looks like becoming a foster parent or adopting children who are motherless and fatherless. It may be leading a marriage small group so more kids don’t have to grow up in broken homes. There are so many ways we can each run to the battlefield,.

I am praying that as you read this, you will hear the alarms sounding off, calling for women to awaken and arise while it is still night, while darkness is all around. And as you rise, may the light of God shine upon you and your enemies tremble beneath you.

Sabrina is a mother to three biological girls and one adopted boy. She is a pastor’s wife, graphic designer, founder of Mom Mentor and the brand new Parenting on the Go Podcast! She resides in beautiful San Diego where the sun shines every day. She prefers chai lattes over coffee, mac-n-cheese over vegetables, and staying in over going out. Check her out on Instagram and Facebook!